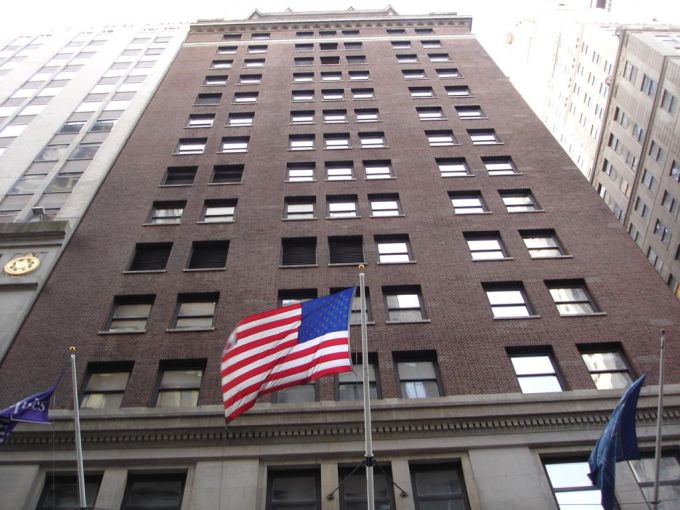 A few months into its ownership of the once embattled 44 Wall Street, Blackstone Group has secured $98.7 million in new debt on the property between William and Broad Streets.

Deutsche Bank and Paramount Group teamed up on the financing, a source with intimate knowledge of the deal told Commercial Observer. A total of $83.2 million in debt was advanced at the deal’s closing, and Blackstone has access to $15.5 million in future funding, which can be used for capital expenditures and leasing. Blackstone is planning to reposition the office and retail components of the 23-story Financial District building, the source said.

The debt package also includes a $5.6 million project loan, a $6.9 million building loan and a $67.5 million mortgage to refinance old debt on the 23-story Financial District building, according to records filed with the city on Sept. 21.

Up until April, two months before Blackstone’s purchase, the office property was securitized in a Lehman Brothers and UBS-sponsored conduit LBUBS 2006-C4. The commercial mortgage-backed security currently carries a balance of $137.2 million across 14 loans, down from $2.1 billion across 150 loans at the time of origination in June 2006.

Blackstone’s buy of 44 Wall Street, which was part of a $2.7 billion real estate portfolio sale from Norwegian investment firm Obligo, was delayed because of a long-standing legal battle between the building’s previous owners, as The Real Deal reported. Kent Swig and Asher Zamir, who owned a minority stake in the property, sued then majority-owner Obligo because the investment firm attempted a full takeover of the building in 2012 when Swig was in financial trouble, as was widely reported at the time.

The final sale price of the building was $116.3 million, according to CoStar Group, a more than $50 million jump in price from when Swig purchased the asset from Lend Lease for $65 million in January 2004.

The average asking rent in the office tower averages $45.97 per square foot, and tenants include law firm Cullen and Dykman, insurance company TitleVest and brokerage and banking firm Charles Schwab.

Representatives for Blackstone and Deutsche Bank did not immediately respond to requests for comment.

Update: This story has been updated to reflect the full amount of the loan, as the future-funding component was not recorded in public records.