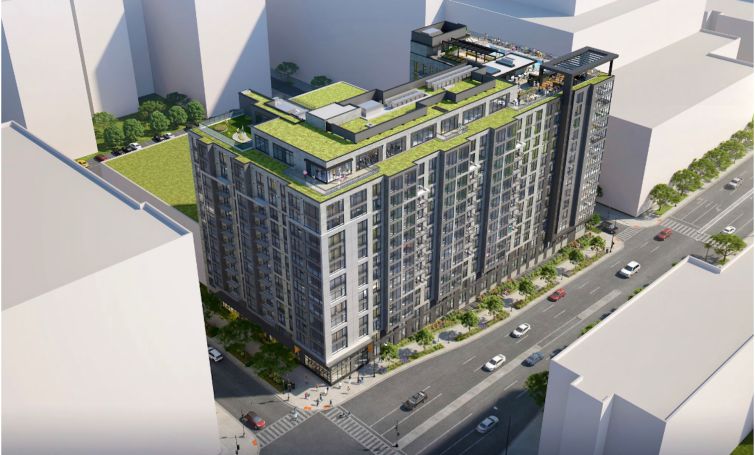 The former home of the D.C. Housing Authority will be converted into a residential complex after the agency announced its plans to relocate and sell the building’s ground lease.

Ares Management and MRP Realty led a joint venture to acquire the longtime DCHA offices at 1133 North Capitol Street NE in Downtown D.C., which it will redevelop into a mixed-use residential building.

The joint venture, which also includes CSG Urban Partners and Taylor Adams Associates, acquired the 99-year ground lease for the three-story building from DCHA, while Bank OZK provided $125 million in construction financing for the project, according to someone close to the deal.

Earlier this month, DCHA announced plans to move to 300 Seventh Street SW, where it will occupy 52,000 square feet on a 12-year lease.

“We are bringing not only housing, but also affordable housing to a highly desirable neighborhood within Washington, D.C., that has desperately needed it for years,” Matthew Robinson, principal of MRP, told Commercial Observer. “D.C. has continued to grow steadily over the last decades and there is a strong trend to integrate housing — affordable to market rate — with office and retail as we enhance downtown corridors.”

The plot spans just under 1 acre and has been underused, according to the new owners. It has long been seen as a savvy investment to create affordable housing.

“We’ve supported the goal to provide much-needed housing at this location for many years,” Robinson said. “The NoMa neighborhood is one of the strongest and most diverse corridors in the District. This development is not just about building another apartment building, but about supporting DCHA’s affordable housing mission and contributing to the fabric of the neighborhood.”

The first phase is expected to be delivered in 2024.

Requests for comment from Bank OZK were not immediately returned.