Sublease space is at an all-time high 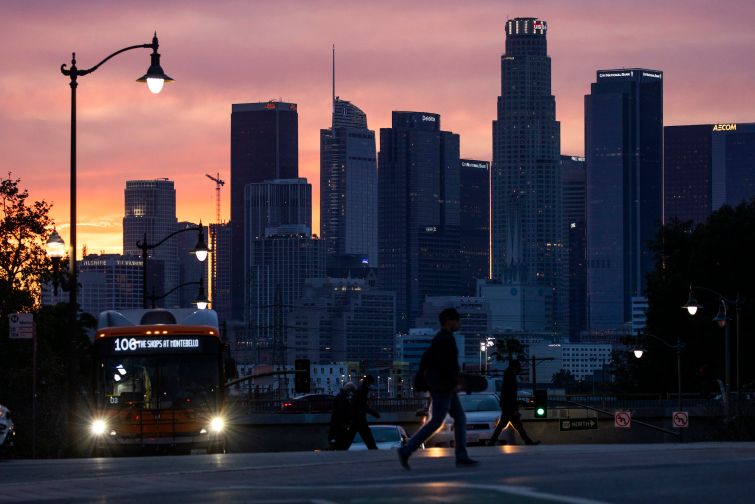 Office activity in Los Angeles stagnated through the first quarter of 2022, as nearly one-fifth of total inventory remained vacant, and rents were nearly unchanged compared to a year ago.

That’s according to the latest office market report from Newmark, which shows approximately 452,549 square feet of positive net absorption in the first quarter. But vacancy for the 215 million-square-foot market was unchanged compared to the final quarter of 2021 at nearly 20 percent. That’s also an increase of two percentage points from the same period last year following more sublease space hitting the market.

Century City was one of the bright spots as perhaps the best-performing submarket. It’s home to many of the top talent agencies, financiers and law firms that support the Hollywood entertainment machine. Its biggest lease during the quarter was Creative Artist Agency’s 400,000-square-foot deal following its landmark merger with ICM.

Newmark expects a busier spring for offices with companies implementing back-to-work policies and setting deadlines for those returns. That will be followed by new overall assessments for long-term office needs and for how companies might embrace a hybrid mix with remote working.

Entertainment and tech are expected to continue to propel the overall recovery while studio leasing and development show no signs of slowing down. Creative, collaborative spaces will still be in demand, as they were in the first quarter.

The top investment sales for the first quarter included Gemdale USA’s $93 million sale of a 75,600-square-foot Hollywood office that’s fully leased to Netflix; and a venture paying $46.8 million for a  56,300-square-foot life sciences building within the Silicon Beach market.