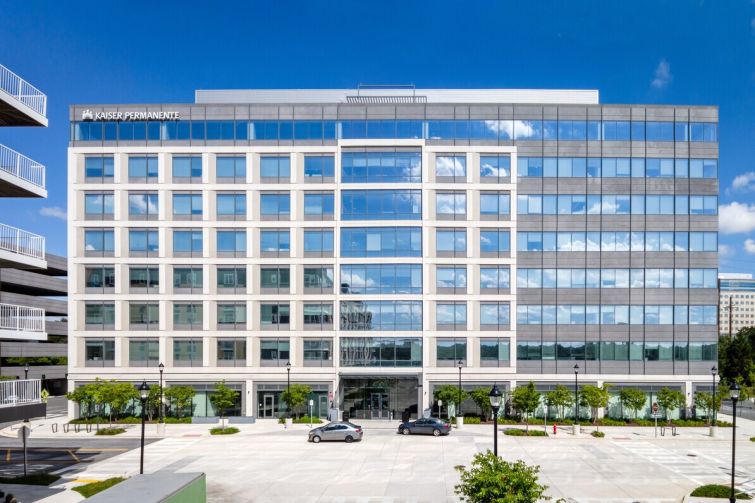 Urban Atlantic Development has inked three tenants at 4000 Garden City Drive, a 215,000-square-foot office building in New Carrollton, Md., that it developed in 2019.

The University of Maryland Medical System Group signed a 7,000-square-foot lease, consulting firm Vidoori inked 6,000 square feet, and CloudShape, a cloud solutions provider, signed for approximately 2,000 square feet, according to Edge, which represented the landlord in all three leases.

“Having a brand-new space built out in a brand-new building was a big factor in each tenant’s leasing decision,” Kenneth Fellows, a principal at Edge, told Commercial Observer. “This validates that there are tenants that are looking to upgrade to Class A office space with access to public transportation.”

The building, less than 10 miles from Washington, D.C., is also located in a HUBZone, which is an advantage for government contractors, he said.

The HUBZone program fuels small business growth in historically underutilized business zones with a goal of awarding at least 3 percent of federal contract dollars to HUBZone-certified companies each year.

The property features an on-site conference facility, a fitness center, a cafe, and is within walking distance to the New Carrollton Metro station.

With the new leases, the eight-story building is now 95 percent occupied.

Urban Atlantic Development will modify a portion of the remaining 10,750 square feet of space and build spec suites that will be available for move-in this summer.

“We have seen the concept of spec suites throughout the market lease quickly,” Fellows said. “They typically are built to accommodate tenants looking for quick move-in and high-end quality finishes.”

Joining Fellows on the deal was fellow principal Robert Pugh, also a principal at Edge. The pair would not disclose the names of the tenants’ reps were not disclosed.

Requests for comment from the tenants were not immediately returned.