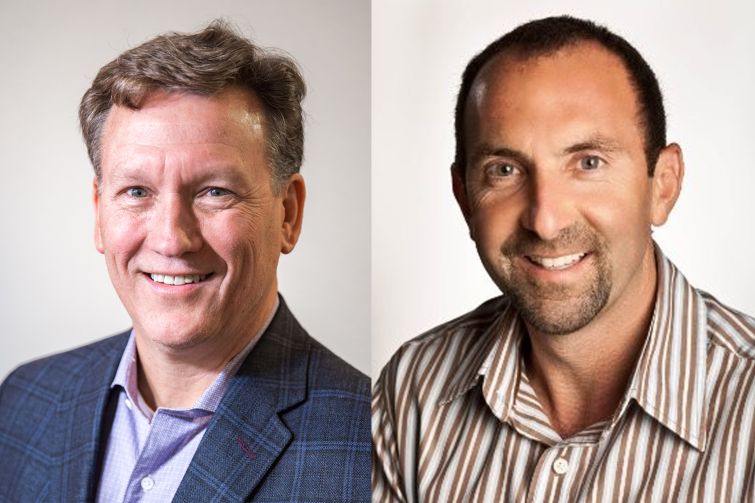 Coming off what it describes as its best year ever, Dealpath, a digital real estate investment management platform, announced Tuesday that it has added proptech pioneers Thomas Byrne and Robert Cain to the company’s executive team.

The moves come as Dealpath, founded in 2014 and headquartered in San Francisco and Manhattan, enters an aggressive “growth phase,” in which the 90-employee company plans to double its headcount this year, said CEO and co-Founder Mike Sroka.

“As our company continues to grow at over a 100-percent clip, I could not be more excited for [Byrne and Cain] to join our team and cement our vision of becoming the destination for the built world to transact digitally,” said Sroka, adding that both men will report directly to him.

Formerly general manager of marketplaces and market at VTS, as well as the former president and COO of LoopNet, Byrne joins Dealpath as executive director and as a member of the board of directors.

The hires will help Dealpath take advantage of the booming real estate investment market and its growing digitalization, said Sroka, who pointed to 2021 as being a record year for transactional activity, with more than $800 billion transacted in commercial real estate. He said he believes that the investment growth trend will continue in 2022.

“There’s so much going on right now,” Sroka said. “In 2014 real estate software services felt like almost a cottage industry. There were a few large incumbents, but not a whole lot happening. Over the past five or six years there’s been this incredible wave of investment and development, tens of billions of dollars of venture capital, hundreds and thousands of new solutions being brought to market. I think we’re now starting to see that adoption wave and early winners, which is starting to cause some consolidation in the industry and attracting resources to the companies and concepts that are proven to be most valuable.

“When I look back, Dealpath was really pioneering and building a new category for real estate deal and portfolio management. We’ve been successful in creating that new category and are the leader in this space, but we do see new competition coming up.”

That competition includes older companies moving in on the proptech space, newer startups that clearly draw inspiration from the likes of Dealpath, and what Sroka described as “generic all-purpose tools.”

Dealpath aspires to be the commercial real estate industry’s deal management command center through clients’ use of its cloud-based platform for real-time access to vetted, secure and up-to-date investment data for collaboration, strategic and predictive decisions, according to the company.

Investment and development firms such as Blackstone, Nuveen, AEW, Oxford Properties, Principal Real Estate and Bridge Investment Group are among the company’s clients.