US Commercial Real Estate Investment Rebounds With Record $746B in 2021

The multifamily sector led the fourth quarter with $136 billion, and for the year with $315 billion. 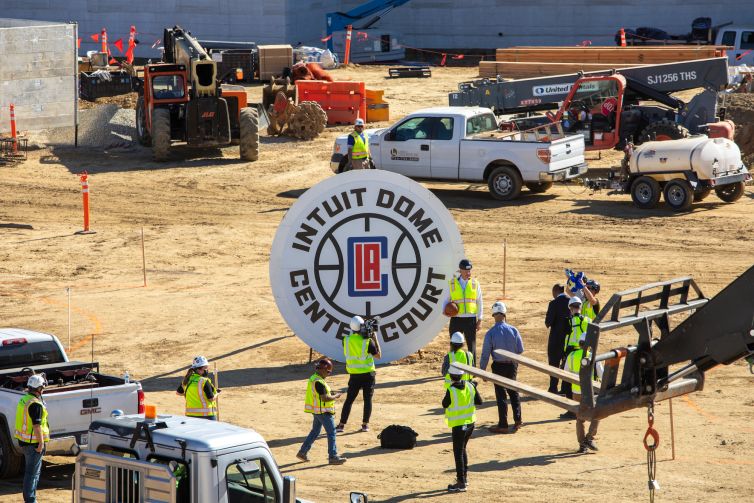 Jerry West, top, poses for photos holding a basketball at the site of the Intuit Dome, the new home of the Los Angeles Clippers, under construction this month in Inglewood, Calif. photo: Brian van der Brug / Los Angeles Times via Getty Images 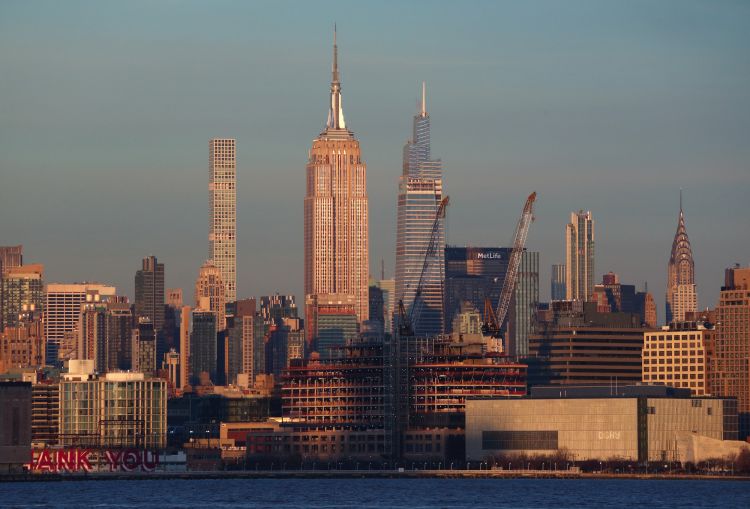 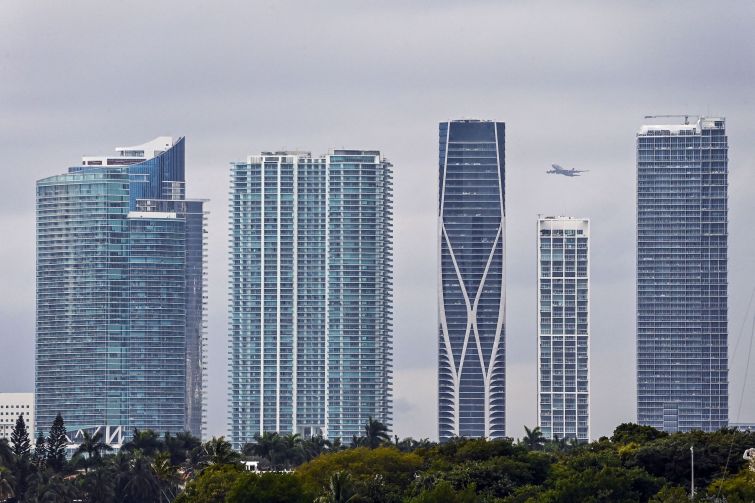 A plane flies over Miami residential towers in Miami, Florida, on January 20. The increase in real estate prices in South Florida is one of the highest in the US. With its favorable climate, white sandy beaches and lack of income tax, the Miami area was already an attractive destination before COVID-19, and the pandemic has added to the phenomenon. Photo: CHANDAN KHANNA/AFP via Getty Images 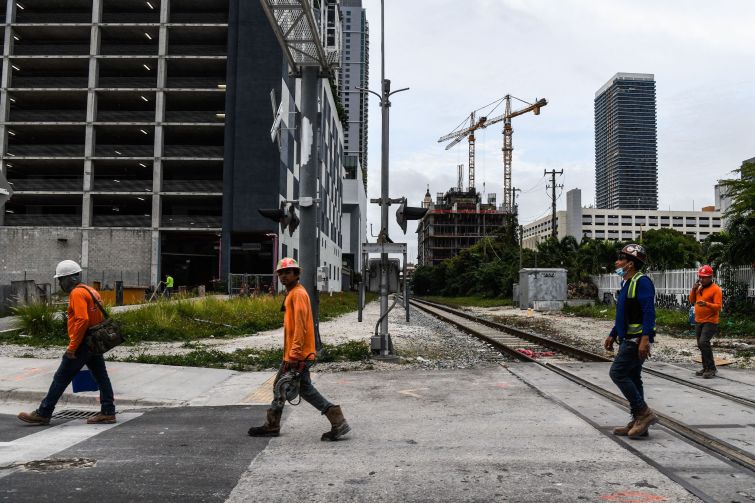 Construction workers arrive at a site for a residential tower in Miami, Florida in January. South Florida commercial real estate investment increased by 179 percent in 2021 compared to 2020. Photo: CHANDAN KHANNA/AFP via Getty Images 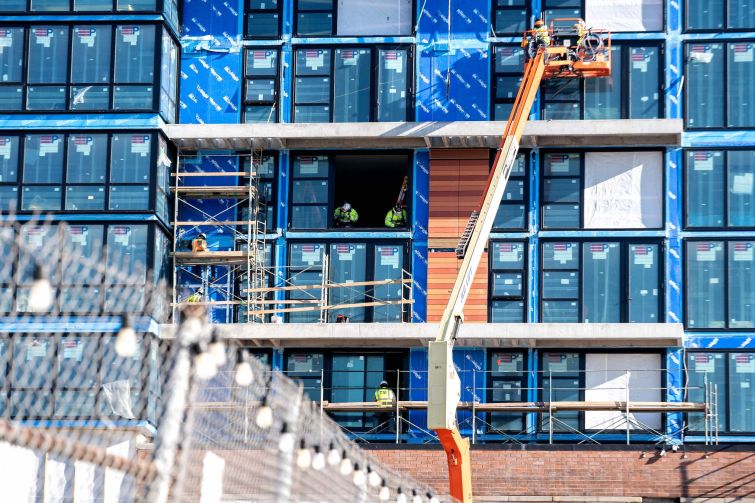 Construction workers work on a building near Union Market in Washington, DC, on February 9. Photo: STEFANI REYNOLDS/AFP via Getty Images 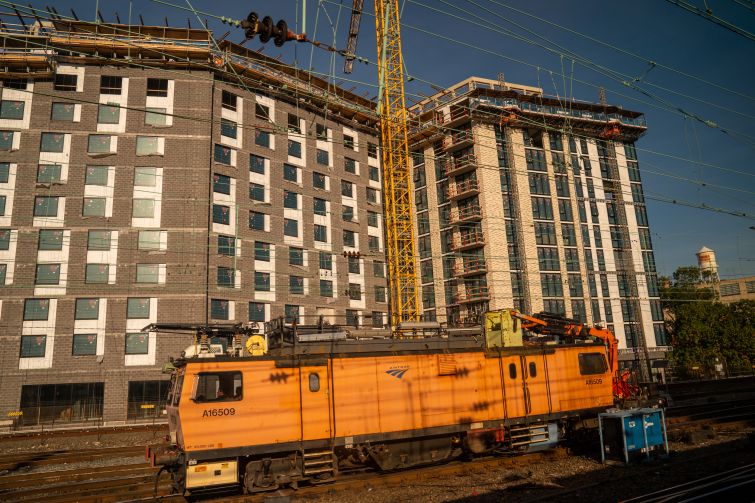 An electric train engine travels past a residential apartment building under construction in October 2021 in Washington, D.C. Real estate demand in the D.C. area has increased over the past two years. Photo: Robert Nickelsberg/Getty Images 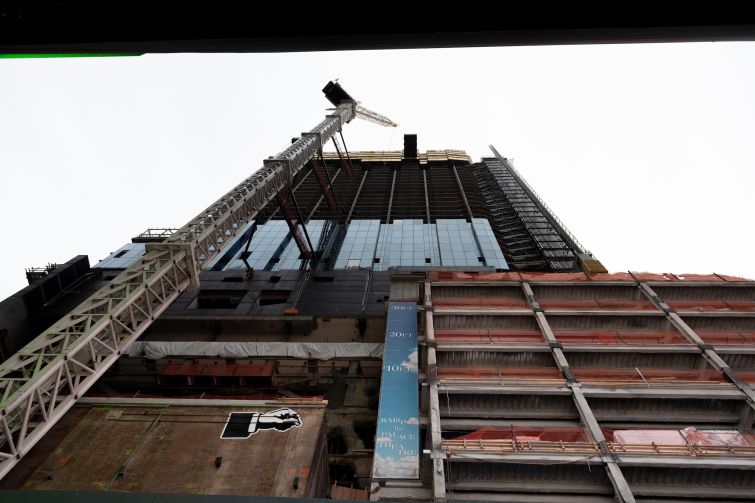 The crane and height signage at TSX Broadway construction site where the Palace Theatre is being raised in Times Square in New York City. Photo: Alexi Rosenfeld/Getty Images
Previous Next

Business isn’t just back, it’s booming like never before.

A record-high $746 billion was invested in commercial real estate in the United States in 2021, including an incredible $296 billion in the fourth quarter, which is also a record over three months, according to a new report from CBRE.

CBRE’s Todd Tydlaska pointed to two major drivers behind the influx. First, he said the market is filled with liquidity, thanks in large part to increased government funding and aid over the past two years. Additionally, Tydlaska explained that real estate investment has always been investors’ favorite hedge move against inflation.

“It’s a defensive move to go into real estate,” he told Commercial Observer. “Look at the yield environment with Amazon, Apple, Google, and Home Depot. Their debt is trading in some cases 10 to 50 basis points spread over treasuries. Investors are trying to find yield, and real estate offers relatively attractive yield on a risk-adjusted basis.”

The multifamily sector led the way in the fourth quarter with $136 billion, and for the year with $315 billion, according to the report. With persistent supply chain issues and an ever-growing e-commerce sector, industrial real estate took in the second-most investment in the fourth quarter with $64 billion, up 55 percent year over year. Office investment also surged in 2021 compared to the year prior, up 73 percent to $50 billion, as a significant portion of workers returned to the office in some fashion last year.

CBRE also noted that private buyers accounted for the largest share of investment volume in the final quarter last year with $143 billion, for nearly one-fifth of the total. And real estate investment trusts and public companies traded $35 billion.

“L.A. is kind of the nucleus for industrial and the core market,” he said. “What Manhattan is to office, Southern California is to industrial.”

Meanwhile, among regions, the Sun Belt markets showed the strongest year-over-year growth rates. Las Vegas investment jumped 232 percent since casinos were shut down in 2020. Houston jumped 191 percent, which was the largest increase among the top 20 markets, and South Florida increased by 179 percent. South Florida also saw a 228 percent increase in office investment with $5.2 billion and a 240 percent jump in multifamily with $13.1 billion.

The Washington, D.C., region saw the 10th-highest investment, for a 52 percent increase over 2020.

Overseas investors brought in 115 percent more in the fourth quarter of 2021 than the same period in 2020. Foreign capital accounted for $56 billion, or 7.5 percent of total investment volume in 2021. Canada was the largest source of foreign capital in 2021 with $21 billion, followed by Singapore with $15 billion. The mix is starkly different from when China led the list by a wide margin some years ago.