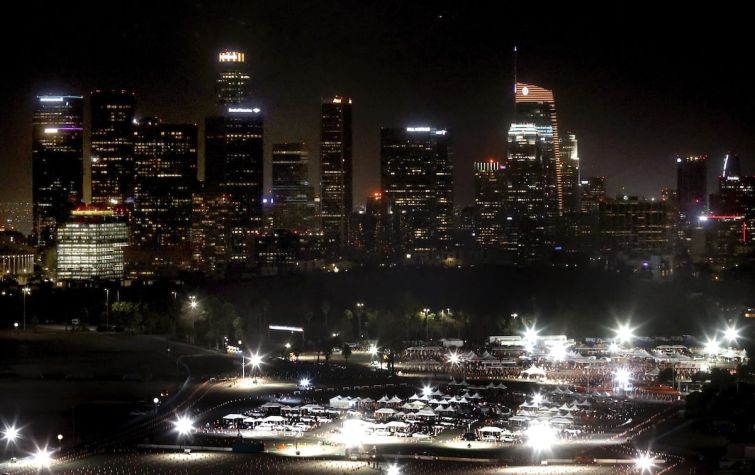 Let’s start with the bad news. The pandemic nearly cut investment sales in half in Los Angeles County in 2020 compared to the year prior, when the region topped Manhattan as the most active investment sales market in the U.S., according to CBRE. Sales declined 45 percent in L.A. County, falling to $14.1 billion in 2020, compared with $25.4 billion in 2019. In Southern California, sales were down 31 percent to about $38.6 billion in 2020, down from about $56 billion the year prior.

And now, on to the good news. Despite the pull-back, L.A. County retained its crown as the most active market in the nation for sales last year. The drop in investment sales activity was most pronounced in late spring of 2020, after the initial economic shutdowns related to the coronavirus pandemic. But trading returned in the second half of the year, most notably in November and December when volumes exceeded their 2019 figures by 11 percent and 20 percent, respectively.

Michael Longo, senior vice president of capital markets for CBRE, said reluctance to trade during a pandemic or to trade at a loss, as well as the lack of volume are reflections of the widespread uncertainty. The dearth in transactions led to a lack of price discovery, which is why the market hasn’t seen pricing fall in line with the economic downturn, he said.

Some assets displayed more dramatic declines. For example, Longo said office sales activity was down about 65 percent. While office collections reached over 90 percent after the end of 2020, absorption and activity hit record lows as tenants delayed a lot of their decisions.

“Office space is the great unknown,” Longo said. “Everybody has an article or an opinion about what this means, but all that tells me is nobody knows. Nobody knows how space is going to be utilized. And when there’s uncertainty, people tend to pull back.”

Longo said leases signed in L.A. in the last couple months have generally been short-term, six-month, or one-year deals, “punting those long-term decisions down the road.”

“The number of long-term leases signed has slowed to a trickle, but the short-term stopgap has been the primary plan,” he said.

Of the overall investment in Southern California in 2020, industrial assets made up about 37 percent; office made up 28 percent; multifamily was 25 percent; and retail made up about 10 percent.

Activity throughout 2020 was driven by Southern California’s hottest asset class, industrial. The well-known rise in consumer reliance on online shopping made warehouse space invaluable to major e-commerce players, adding to rampant demand across the region. Demand for last-mile delivery facilities continues to heat up as tenants fight for space near dense city centers.

Industrial properties generated $12.1 billion in investment volumes for 2020, considerably better than other asset classes, according to CBRE. In the Inland Empire region, industrial buildings made up 64 percent of regional investment last year, compared to 56 percent in 2019.

Rexford Industrial Realty led the way in the fourth quarter with the two top acquisitions in the region. The deal in City of Industry included about 989,200 square feet, and penciled out to $300 per square foot at almost $297 million.

Considering companies are making stopgap decisions, Longo said he expects a big wave of tenants coming out of short-term leases in the same time period, catalyzing a recovery in activity. He said the strategies will vary: some tenants will be downsizing, restructuring, or expanding their space in response to the pandemic.

“If you ask a lot of tenants right now, they don’t even know what their space needs are going to look like,” Longo said.

By asset type, office had the biggest drop in Southern California, with a 47 percent drop.

Longo expects industrial, multifamily, and some hospitality to see increased sales volume in the beginning half of this year. Office sales volume will be slower until the later part of the year.

“I think office sales volume will track with the re-occupancy of buildings,” he said. “It’s really hard to underwrite an office building when you know only 10 to 20 percent of your building is physically occupied.”