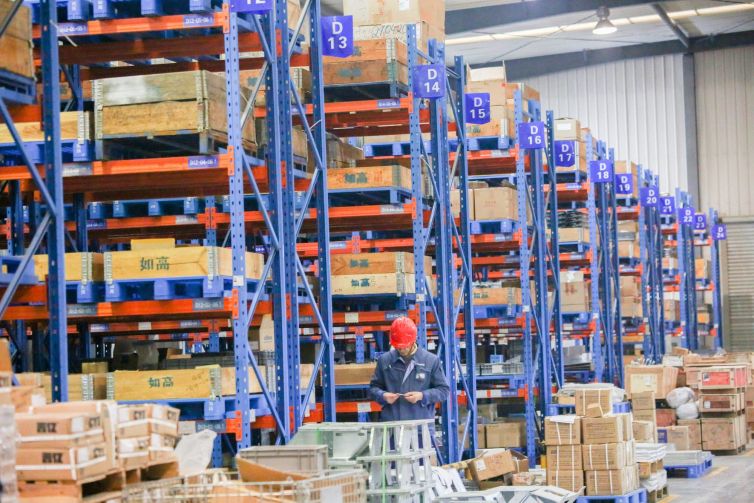 Industrial vacancies hit an all-time low nationally in the fourth quarter of 2021, with the majority of growth in usage and rents seen in coastal markets, despite hundreds of millions of new square feet added, according to a recent report from Savills.

Overall vacancy rates across the U.S. reached a record low of 4.4 percent in the fourth quarter, the report found. While every city saw a decline in vacancy rates, coastal markets saw big increases in average rents — up to 20 percent in some cities.

New warehouse facilities that were completed and brought online in 2021 are 80 percent rented and average asking rents are on the rise, the firm said in the report.

Mark Russo, head of industrial research for Savills, said the success of the industrial market over the last decade, which continued into the pandemic era, is further proof that e-commerce is reigning supreme.

“It continues to surprise me that supply hasn’t caused vacancies to increase in more markets than it has,” Russo said. “If you had asked me two or three years ago, with this amount of new development, would we still have vacancy at these levels — would we be setting records? I would have put that at a very low likelihood.”

“New buildings made up almost half of the leasing activity for 2021. It’s an incredible thought,” Russo said. “If you think about another type of market, like housing, for example. If half of all the houses themselves were new … I wouldn’t underestimate tenant preference for brand-new construction and how much of that is underpinning all of these statistics that we’re seeing.”

Coastal cities in Northern New Jersey, Washington state and Southern California saw average rents spike annually 22.7, 22.6 and 18.6 percent, respectively, in the fourth quarter. Compare that to inland industrial centers like Houston, Charlotte and Dallas-Fort Worth — which saw increases of 3.4, 1.8 and 1 percent, respectively.

Chicago and Canada’s Toronto, with their access to the Great Lakes, saw a boom in rents compared with locations where overland travel is required to move goods. Even Columbus, Ohio, saw higher industrial rents, a 10.6 percent uptick, than the commercial centers of Phoenix, which saw an 8.7 percent increase, and Denver with a 7.7 percent increase.

“Development is rising to meet this insatiable demand, and a lot of these developments are in markets that aren’t covered [in the report], such as Greenville, S.C.,” Russo said. “There are a lot of up-and-coming markets in the Sun Belt area which were not industrial hubs, historically, in terms of distribution. Now they’re new dots on the map.”

A considerable amount of these gains for developers can be attributed to a relative lack of space, with Southern California and Northern New Jersey being centers due to their proximity to consumer markets in New York and Los Angeles. Land values also play a major role in the rents being higher in higher-performing markets.

With at least some of these trends being set as much as a decade ago, according to Russo, there are no signs of the market slowing.