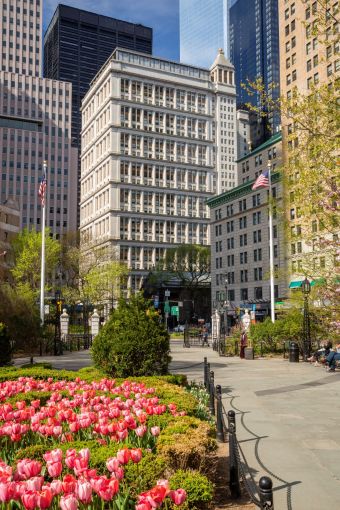 Code Climate, which offers software that helps monitor a company’s engineering team, took the entire 20th floor at the building in a 10-year lease, said L&L’s Andrew Wiener, who represented the landlord in the deal. Asking rent was $55 per square foot, according to a source familiar with the deal.

“They were attracted to the fact that it was a brand new built space [that was] never occupied,” Wiener, who declined to provide the asking rents, told CO. “As they continue to grow as a company, we’ll be able to satisfy that growth throughout.”

The firm plans to relocate its headquarters from a temporary space at 54 West 21st Street sometime in the spring, said Wiener. L&L originally built out the space for flexible workspace provider Knotel — which filed for bankruptcy last year and was sold to Newmark — but the firm never moved into the office tower between Fulton and Dey streets, Wiener said.

“Even though we did make an investment into the space for Knotel, and obviously it was a disappointment that they went bankrupt, because we had brand new built space, we were able to find a tenant who can utilize the space pretty much as to how we built it,” Wiener said. “What the market wants today is built space. Most tenants today don’t want to have to build space from scratch by themselves.”