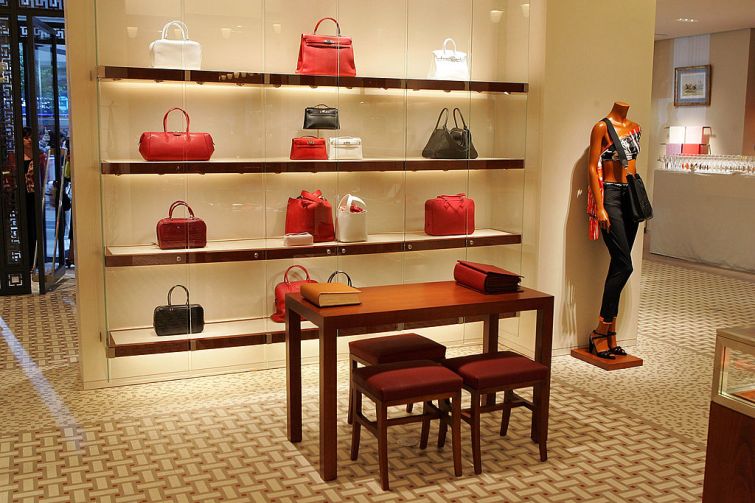 A interior view at the opening of the Hermes store on Wall street on June 21, 2007 in New York City. Photo: Bryan Bedder/Getty Images

The famed seller of the Birkin bag snagged 71,757 square feet across the entire 23rd, 24th and 25th floors at 550 Madison Avenue, according to its landlord, the Olayan Group, a Saudi Arabian investment firm.

Hermès is currently headquartered at 55 East 59th Street and its office will bring it closer to its 690 Madison Avenue store, which opened in September 2000. Hermès will move into the space later this year.

Representatives for Olayan and RXR, Olayan’s strategic adviser in the property’s $300 million-plus renovation, declined to comment on the asking rent for the long-term deal, which closed this week.

Paris-based Hermès’ new lease comes three months after insurance firm Chubb took 240,000 square feet across 10 floors, or more than 31 percent of the building’s rentable office space, in the first deal for the newly renovated tower, Commercial Observer reported at the time. Asking rents in Chubb’s lease was reportedly “well above $100 per square foot,” according to the New York Post.

The 800,000-square-foot building between East 55th and East 56th streets was originally built in 1984 as AT&T’s headquarters and was designated a city landmark in 2018 after Olayan released a controversial plan to replace part of the building’s facade with glass.

First designed by Philip Johnson and John Burgee, Olayan contracted Gensler to redesign the building’s lobby after purchasing the property in 2016 for $1.4 billion through its U.S. investment arm from the Chetrit Group.

Representatives from CBRE and Hermès did not immediately respond to requests for comment on the deal.

Update: This story has been updated with the name of Hermès’ representation in the deal.