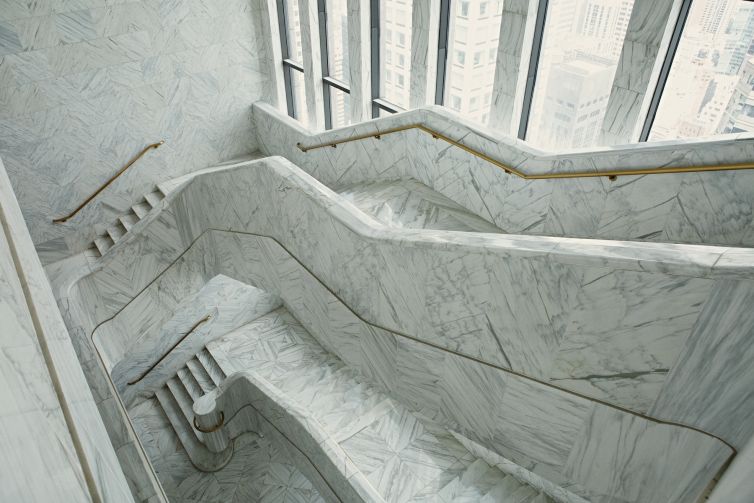 The property and casualty insurance company took more than 31 percent of the building’s rentable office space, according to landlord Olayan Group, a Saudi Arabian investment fund. Representatives from RXR Realty — which is partnering with Olayan for a $300 million-plus renovation of 550 Madison — and Olayan did not provide the asking rent for the long-term lease, which closed Thursday.

“550 Madison is unlike any building in New York, combining the single healthiest office environment in the city with globally recognized landmark architecture,” Erik Horvat, head of real estate for Olayan America, said in a statement. “We pride ourselves on creating world-class spaces that inspire leadership and creativity, and we are proud to welcome Chubb — a company that shares those values — as our anchor tenant.”

Chubb currently has 184,000 square feet on parts of the 11th, 34th and 35th floors at Durst Organization’s 1133 Avenue of the Americas, Commercial Observer reported. Chubb’s lease expires in October 2024, according to a spokesperson from Durst, though he said he could not comment on Chubb’s plans.

The renovation to 550 Madison, originally constructed in 1984 as the headquarters for AT&T, was controversial when Olayan Group unveiled a plan to replace a portion of the building’s facade with glass. After the city’s Landmarks Preservation Commission designated the postmodern property a landmark in 2018, Olayan unveiled more conservative designs, CO reported.

The building’s new lobby, designed by San Francisco-based architecture firm Gensler, opened earlier this year. It displays postmodern art by Alicja Kwade — a large solid sphere suspended by chains entitled “Solid Sky,” according to the landlord. Luxury book publisher Assouline plans to open a private library for some of the building’s tenants, though only Chubb has so far signed a lease in the building.

Olayan’s U.S. investment arm, Olayan America, purchased the property for $1.4 billion in May 2016 from the Chetrit Group. CBRE’s Mary Ann Tighe and Howard Fiddle are leading the leasing team in the building, CO previously reported. CBRE’s Scott Gottlieb, Arkady Smolyansky, Alice Fair are also part of the building’s leasing team, according to a spokesperson from CBRE.

Chubb did not immediately respond to requests for comment.

Update: This story has been updated to include the full team of CBRE brokers leasing 550 Madison Avenue.