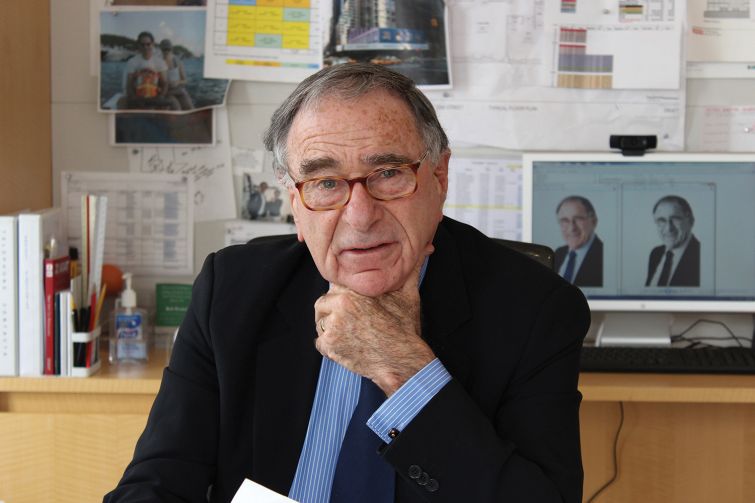 Yet another New York-based developer is coming to Miami. This time, it’s one of the Big Apple’s most prominent players.

Harry Macklowe’s Macklowe Properties is planning a mixed-use development near the Dadeland Mall in Miami-Dade County, a spokesperson for the developer confirmed to Commercial Observer.

The project, designed by Miami-based firm Arquitectonica, will feature two 25-story towers with 650 apartments, according to documents filed with Miami-Dade County, first reported by The Next Miami. In addition to the residential component, the ground floor will include a lobby and 11,455 square of retail, followed by a four-story podium with a 580-car parking garage. Apartments will average 834 square feet.

Located at 8600 SW 72nd Avenue, the 71,573-square-foot site sits adjacent to the Dadeland Mall along Dixie Highway and the Metrorail tracks. Macklowe is under contract to buy the parcel from the Rilea Group, Rilea’s president, Diego Ojeda, told CO. He declined to divulge the sales price while Macklowe’s spokesperson didn’t respond to a request for details.

In New York, Macklowe Properties is responsible for some of the city’s most well-known buildings. It developed 432 Park Avenue, one of the city’s tallest and most expensive residential towers, and repositioned Midtown’s General Motors Building.

But these days, Macklowe is perhaps best known for Harry’s personal drama, following his divorce from his now-ex-wife, Linda Macklowe. At the end of last year, a judge forced the pair to sell their world-renowned art collection, featuring paintings by Jackson Pollock and Mark Rothko. The sale brought in $676 million, thought to be “the most valuable single-owner auction ever staged,” according to The New York Times.

Even Macklowe’s real estate empire has faced scrutiny in recent years. The residents of 432 Park Avenue sued the developer for $125 million last September, alleging construction and design defects caused flooding and elevator issues. The developer has denied the allegations, claiming the building is “without a doubt safe” and dismissed the suit as a public relations stunt to reap “economic concessions.”