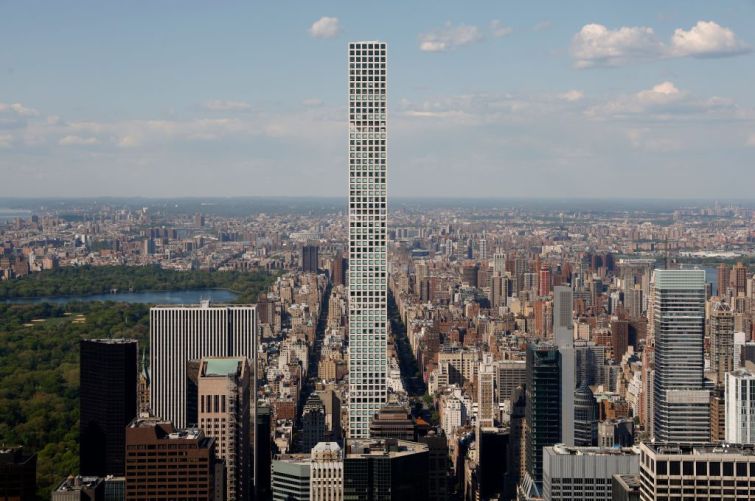 The developers of 432 Park Avenue, one of the tallest residential buildings in the Western Hemisphere, asserted the property is “without a doubt safe” and claimed the $125 million lawsuit filed by residents saying otherwise was “an aggressive public relations campaign” to try to get “economic concessions,” according to new court documents in Manhattan Supreme Court.

Sponsors of the 1,392-foot skyscraper, which includes CIM Group and Harry Macklowe of Macklowe Properties, filed a response on Wednesday to the condominium board’s earlier suit, which alleged that the ritzy Billionaires’ Row property was “riddled with … construction and design defects” that caused flooding and stuck elevators.

However, the sponsors contend the condo board “vastly exaggerated” the number of issues in its lawsuit and most of the issues were normal “post-construction work to harmonize all of the building’s complex systems and to correct issues that are only observed once the building is operational,” according to court records. The response claims that in the “limited number of design and construction issues” that had merit, the residents’ “obstructed” their ability to make repairs.

“It seems, however, that a group of unit owners, including some members of the condominium’s board of managers, decided that they would prefer a publicity campaign … and would portray sponsor, falsely, as having been unwilling to do the required work,” the response reads. “Nothing could be further from the truth.”

Macklowe filed a separate response on Thursday claiming that the condo board’s suit did “nothing more than malign his reputation” by making him the only individual named in the original suit and “there was essentially nothing Macklowe could have done to address the building’s purported defects, because sponsor and the CIM defendant held a veto over any potential action.”

Jonathan Adelsberg, the lawyer for the residents, said in a statement the filing was “yet another attempt by the sponsor to shirk responsibility by rewriting the record of its malfeasance.”

“The claims that they were arbitrarily blocked access to the building are not based on fact,” Adelsberg added. “Over a five-year period — despite numerous mistakes and damage caused by its contractors — the sponsor repeatedly defied the usual and customary safety protocols that apply to repair work in all skyscrapers in New York City.”

The massive 432 Park was completed in 2015 and had its penthouse fetch $88 million in 2016. However, residents told The New York Times in February that the building was allegedly riddled with issues.

The condo board filed a suit in September seeking $125 million claiming the property has more than 1,500 design defects that include loud noises and vibrations in apartments caused by the building swaying, an electrical explosion that knocked the power out and floods, according to court records.

Residents also claimed the developers used “cheap, shoddy” materials for fixes and “repeatedly ignored or rejected written pleas and demands for repairs,” according to the suit.