‘Realty’ no more, the company is moving forward as RXR 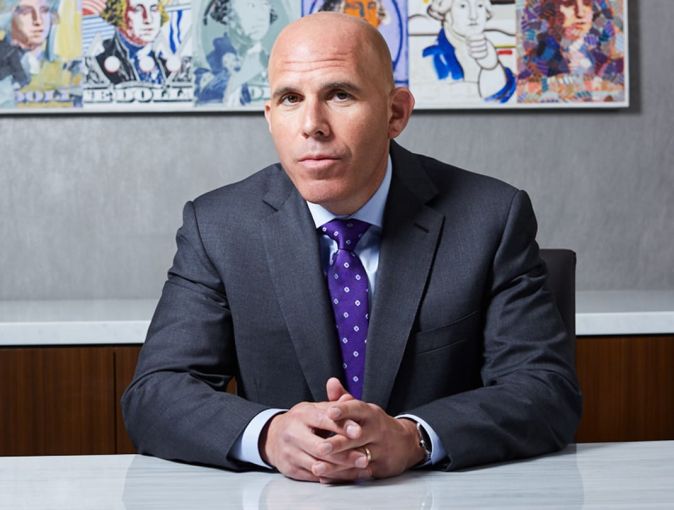 While celebrations may have been few and far between these past two years, one firm just reached a milestone worth recognizing.

RXR Realty is celebrating its 15-year anniversary this week, and the firm has announced a rebranding to coincide with the big day — specifically, it’s dropping “Realty” and going forward solely as RXR, Commercial Observer can first report.

“We decided to drop the ‘Realty’ and just stand alone as RXR because we believe the name speaks for itself and to our values of doing good,” Scott Rechler, CEO and chairman of RXR, told CO.

Indeed, its brand ethos of, “Doing Good and Doing Well Means Doing Better,” continues to serve as the core of who the company is, and what it stands for. It also acts as a tool kit for team members and stakeholders alike, Rechler said.

As RXR turns the first page in the next chapter of its story, it’s focused on further codifying the core values of its culture.

“Doing good speaks to our view about not just being a real estate company, but a company that’s committed to making better communities and placemaking within our buildings and our communities,” he said.

That commitment includes striving for excellence, leading with bold ideas and building enduring relationships, Rechler said, but also staying humble and hungry, holding itself accountable and doing the right thing.

And, its growth trajectory over the years shows it’s doing something right.

Since RXR was founded in 2007, the firm has grown exponentially, to more than 500 team members and $21 billion of assets under management, including 26.5 million square feet of commercial space and 7,000 residential units.

Fifteen years later, it’s now entering its next phase of growth, which includes an expansion into new markets across the U.S., across asset classes, including industrial, logistics, office, residential and hospitality.

“Fifteen years ago, we sold our company Reckson [Associates Realty Corp.]  to SL Green for $6.5 billion and we started RXR — at the time RXR Realty,” Rechler told Commercial Observer on Wednesday.  “It’s humbling when you run a big company that you then sell, and the next day you’re starting a new business. Because no matter what you ran before, when you start new, you’re starting new. So, it was a challenging thing to do and, at the same time, exciting. But, here we are 15 years later and we have over $21 billion of assets under management, 26 million feet [of commercial space], and so many other different things that we’re doing.”

Hindsight may be 20/20, but if he could turn back time there’s just one thing he would have done differently, Rechler said.

“I think about it a lot,” he said and laughed. “After we sold our company in January 2007, my partners and I probably should have taken a year off, but we literally opened up our bank accounts the same day and began working. And then we went into the great financial recession and spent two years spinning our wheels planning, thinking, sustaining and then ultimately going back into the market for the first time in August of 2009. We probably could have taken 2007 through 2008 off and used that time to reflect a little bit more. So that’s a lesson I’ve learned for the future.”

Still, now certainly isn’t the time to rest for RXR, with the company juggling some of the most high-profile and highly anticipated projects in New York City. On Dec. 31, just before the clock turned over on 2021, RXR — together with TF Cornerstone — received City Council approval for 175 Park Avenue, its 1,575-foot, supertall, mixed-use tower; it’s hard at work on a new $3.9 billion terminal at JFK International Airport; it recently entered into contract to purchase the 320-unit rental component of 85 Jay Street in Dumbo, Brooklyn; and it’s in the market to refinance its office tower at 5 Times Square after signing Roku as a tenant in early January.

In terms of what the next 15 years may hold, RXR is maintaining its customer- and community-centric approach, which guides its strategies, Rechler said.

In terms of its portfolio, “We haven’t bought an office building since 2015,” Rechler said. “We’ve been building multifamily in a big way because we see that as an area where there’s growth. Logistics as well as health and wellness are also areas that we’re very focused on, and you’ll see more of them in our portfolio, with us participating up and down the capital structure and forming new ventures. And, I see us being more geographically diverse; something we’re also doing is following our customers as they move around.”

As for the rebranding to a singular name, RXR is in pretty good company. Some of the greats of our time are, or were, known on a first-name basis — Madonna, Beyoncé, Cher, Prince, Adele, Elvis — and we think it speaks to RXR’s ongoing position in the commercial real estate industry chart-toppers.