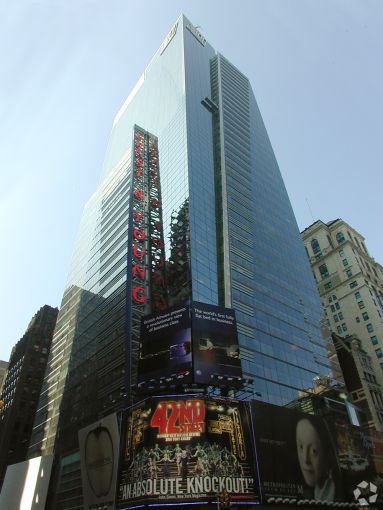 Roku has signed what will likely be one of the biggest office leases of the year at 5 Times Square, landlord RXR Realty announced Monday morning.

The publicly traded manufacturer of set-top streaming boxes leased 240,000 square feet on the top eight floors of the 39-story building, the New York Post first reported. RXR CEO Scott Rechler told the paper that Roku was growing so quickly that it had to add an extra 100,000 square feet during the lease negotiations. Asking rent for the long-term deal was reportedly in the $90s per square foot.

“This major commitment by Roku speaks not only to the resilience of the office market in New York City, but also to the continued growth of the technology sector as a whole in New York,” Zarba said.

Originally constructed in 2002 with EY as the anchor tenant, the 1.1  million-square-foot office tower is now being modernized with a new lobby, updated elevators with access to the Times Square subway station, and a 48,000-square-foot amenity center.