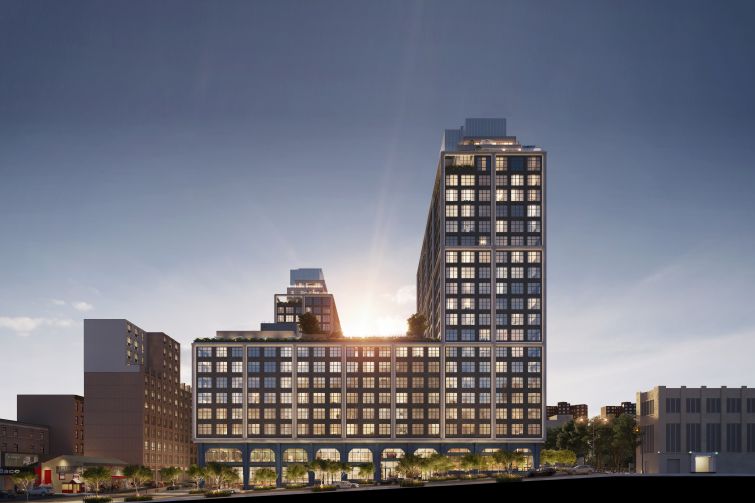 CVS Pharmacy has nailed down a 12,350-square-foot space for a store at the base of the Front & York residential development in Dumbo, Brooklyn, a market the ubiquitous retailer has been trying to break into for a while, Commercial Observer has learned.

“Dumbo was a market we were really interested in because it’s the only [New York City] ZIP code in the top 10 in terms of income that is outside of Manhattan,” said CVS’ broker, Jason Pruger of Newmark.

“We were looking at Dumbo for a few years; it’s a market that’s really tough to get into,” Pruger added. “It’s really difficult to get the size in a very defined market like Dumbo.”

CVS’ 15-year lease (with two five-year options) at 85 Jay Street includes 9,350 square feet of ground-floor selling space and 3,000 square feet for storage on the second floor, per Pruger. The asking rent on the ground floor was somewhere between $150 and $200 per square foot, according to Pruger. (A spokesperson for landlord CIM Group declined to provide the exact figure.)

The 1.1 million-square-foot residential project that occupies an entire block in Dumbo also nabbed two other new retail tenants recently: VHG Group, which signed a deal for 3,952 square feet for Petits Poussins Dumbo — a new branch of its renowned early childhood language school — in November 2021, and Lazy Sundaes, a New York-based bubble tea and dessert shop that took 1,720 square feet on the ground floor a month later.

Baker, Cohen and Shkreli represented the landlords in the VHG Group and Lazy Sundaes deals. Shkreli also handled negotiations for VHG Group. Lazy Sundaes did not have any brokers.

The Front & York location marks VHG Group’s first outpost in Dumbo and sixth in New York City, joining schools in Downtown Brooklyn, West Harlem and on the Upper East Side, according to CIM. And 85 Jay Street will be Lazy Sundaes’ fourth-ever location and first outpost in Brooklyn.

The CVS transaction, sealed on Jan. 14, comes on the heels of the developers announcing they closed the sale of the 320-unit rental apartment component at the site to RXR Realty. RXR entered into contract for the purchase of the building for $220 million in April 2021, with the final close taking place just before the end of last year.

The property’s 140,000 square feet of retail space is anchored by Life Time fitness center, which signed a lease in 2019 for 77,000 square feet over several floors. In addition, popular Williamsburg-based coffee roaster Devoción took 1,400 square feet in May.

All retailers at the property are slated to open later this year, per a spokesperson for CIM.

Jason Schreiber, a principal in CIM’s investments group, said the group of retailers at Front & York, will “help strengthen the dynamic retail collection in the neighborhood.”

Designed by Morris Adjmi Architects, the two 21-story residential towers also contain over 400 condominium units ranging from one- to four-bedrooms spread across both towers, each serviced by their own lobby, according to a CIM spokesperson. The project, slated for completion this year, features 150,000 square feet of amenities, including one of the city’s largest private parks, and publicly accessible parking with 660 spaces.