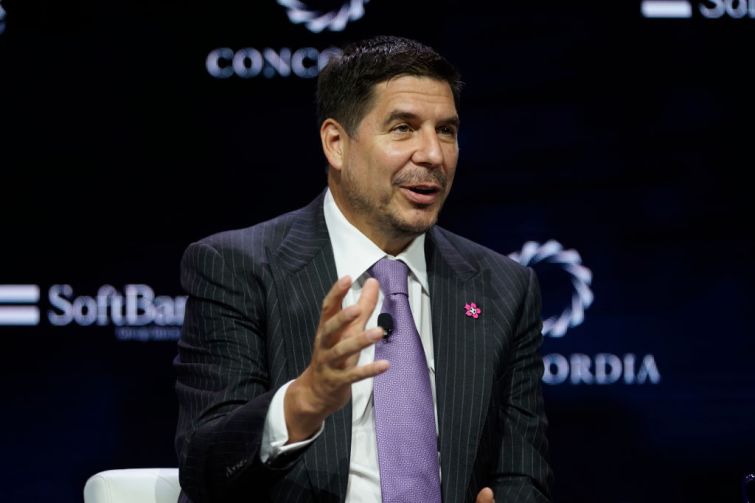 SoftBank Group’s Marcelo Claure — who was tapped by the Japanese bank to help salvage its massive investment in coworking giant WeWork after the ousting of Adam Neumann — will leave his post as COO following a reported dispute over his compensation.

SoftBank confirmed the news early Friday and said that Michel Combes will assume Claure’s responsibility and was named CEO of SoftBank Group International.

“I will forever be grateful for my experience at SoftBank over the last nine years,” Claure said in a statement. “Beyond the value we have created for SoftBank stockholders, we have invested in some of the most innovative and disruptive companies that will be industry leaders for decades to come.”

It’s unclear if the move will affect Claure’s role as executive chairman of WeWork, to which he was appointed by SoftBank Chairman and CEO Masayoshi Son in 2019. Spokespeople for WeWork and SoftBank did not immediately respond to requests for comment.

Claure joined SoftBank in 2017 after a stint running Sprint and became a close confidant of Son. SoftBank credited him with helping turnaround WeWork after it nearly ran out of money during the tenure of the freewheeling co-founder, Neumann, and the disastrous initial public offering attempt in 2019.

Once being named executive chairman of WeWork, Claure got to work hiring real estate professionals into senior roles at WeWork, most notably naming Sandeep Mathrani — legendary in the industry for taking mall owner GGP out of one of the worse bankruptcies in real estate history — as CEO to replace Neumann.

Since then, WeWork successfully became a public company — through a special purpose acquisition company merger instead of the traditional IPO process — and cut down its massive cash burn.

However, it was Claure’s work at WeWork that reportedly helped cause his relationship with Son to sour.

Claure wanted SoftBank to pay him about $2 billion in compensation over the next several years, partly because of his efforts at WeWork, but Son only wanted to pony up tens of millions of dollars, The New York Times reported.

While SoftBank didn’t officially give a reason for Claure’s departure on Friday, CNBC reported that the salary discussions are what pushed him to leave. Claure’s also considering running his own investment firm.

“Marcelo has made many contributions to SoftBank during his time here and we thank him for his dedication and wish him continued success in his future endeavors,” Son said in a statement.