MAG Partners Rings in 2022 With New Hires, Including Rob Willis From Mack-Cali 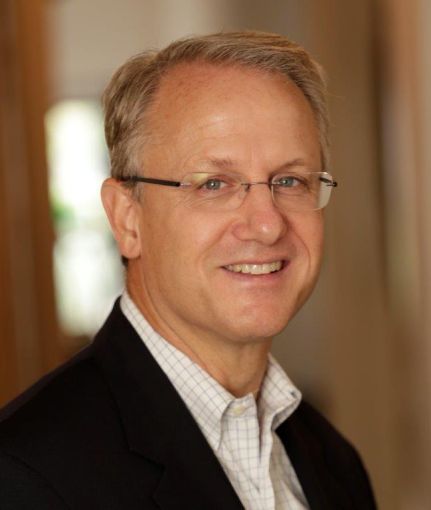 The hiring serves as a reunion for the two commercial real estate executives. Willis was most recently senior vice president of construction at Veris Residential (formerly Mack-Cali Realty Corporation), and first became acquainted with Gilmartin while working alongside her at Forest City Ratner Companies 19 years ago. The two also intersected briefly at Mack-Cali.

Gilmartin tapped Willis for the head of construction role at MAG as the developer gears up to tackle large-scale multifamily and office properties throughout Manhattan.

“When MaryAnne gave me the call I thought about it for about one second,” said Willis, who was vice president at Forest City Ratner from 1998 to 2004 and became senior vice president of construction at Mack-Cali in September 2020. “I admire her so much as she is so talented and has so much experience, and the rest of the team is really good at what they do.”

Gilmartin rose through the ranks at Forest City Ratner Companies to become president and CEO, before forming L&L MAG in 2018 with L&L Holding Company’s David Levinson and Robert Lapidus. She founded MAG in July 2020 while simultaneously spending nine months as an interim CEO at Mack-Cali on the heels of a leadership shakeup at the real estate investment trust, where she had served on its board.

During his time at Mack-Cali — which was rebranded as Veris Residential in late 2021 — Willis oversaw a construction department that was responsible for the $100 million repositioning of Harborside 1 in Jersey City, N.J., a 4.3 million-square-foot office campus. He previously led the design and construction team at HEI Hotels & Resorts and was managing director of the John Hardy Group’s New York City office.

At Forest City Ratner, Willis served as the day-to-day project manager on the 42nd Street Retail-Entertainment Complex and The New York Times headquarters projects. After Forest City, he spent four years as vice president of design and construction at Starwood Hotels and Resorts, which included laying the groundwork for the building of the St. Regis Bal Harbour Resort in Miami Beach, Fla.

“When we started the company we knew that we were going to have to grow and grow strategically and lean on the life cycle of a ground-up development company where the construction piece is back ended and it takes sometimes years to put buildings together,” Gilmartin said. “Now that we are several years in, we are building things and because of that we can get a great talent to help us deliver the construction part of our business.”

A year and a half after completing the buyout of her L&L partners and launching MAG Partners, the firm is tackling four development projects in Manhattan including a 480-unit residential development at 241 West 28th Street slated for completion in late 2022. Another rental project with an affordable component that Willis will help spearhead is 335 Eighth Avenue, scheduled to break ground this spring, and a new boutique office development also slated to launch this year at 122 Varick Street.

In addition to the hire of Willis, Gilmartin added Lizzy Zevallos as assistant vice president of development. Zevallos arrives at MAG after serving as vice president of portfolio management at Maverick Real Estate Partners, where she helped underwrite more than $3 billion of CRE loans. Zevallos, who is also a professional dancer and choreographer, also interned under Gilmartin at L&L MAG from January 2020 to June 2020.

Gilmartin also hired Arion Alku as an accounting manager, bringing MAG’s staff up to 10. Alku previously worked as a senior accountant at Marx Realty, where he conducted audits and internal controls for some of the largest real estate owners in the New York City metropolitan area.

MAG’s expanded 10-person team now consists of six women and four men. Boosting diversity has been a core focus of Gilmartin since launching MAG in addition to constructing projects that intersect well with their neighborhoods.

“We’re building a different company where we’re creating a new model for development and we’re focusing on diversity,” Gilmartin said. “We want to bring the community into our process and do that while delivering the highest-quality buildings.”