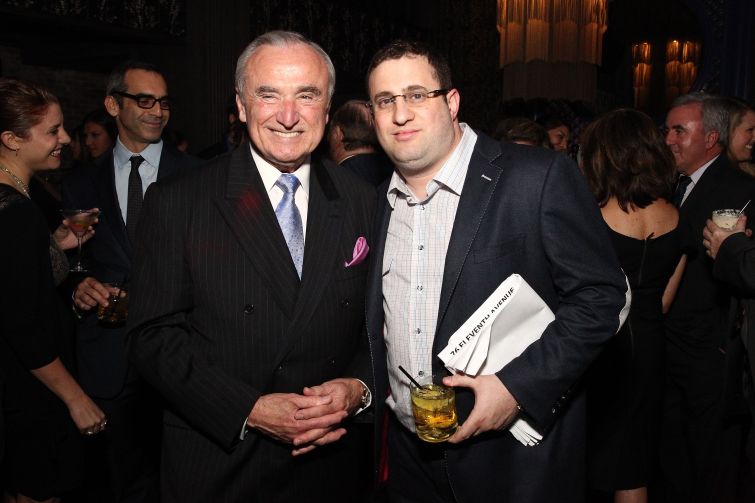 Major Food Group is getting into real estate.

The New York-based restaurant and hospitality company, known for iconic restaurants like Carbone, is teaming up with Michael Stern’s JDS Development Group to build a luxury condo tower in Miami.

The planned tower in Brickell, located at 888 Brickell Avenue, will be branded with the Major Food Groups name and include 259 units, as The Real Deal first reported.

The 1,049-foot tower, designed by Studio Sofield and Ken Fulk and spanning 1 million square feet, could be one of the largest skyscrapers in Miami. JDS plans to buy the seven-story office property at the planned luxury building’s address, TRD reported.

Led by restaurateurs Jeff Zalaznick, Rich Torrisi and Mario Carbone, Major Food Group plans on including two or three restaurants and bars that the organization will oversee. The restaurant group has serious expansion plans beyond this project, and Zalanick previously said his firm would open seven to 10 restaurants in Miami this year.

The announcement comes after Major Food Group announced a team-up with Israeli chef Eyal Shani for another new branch of his restaurant, HaSalon, which opened in Miami in November, Commercial Observer previously reported.

JDS Development worked on another condo tower in Miami, which was completed in 2020. In that deal, the firm built a 274,000-square-foot residential tower, with more than 60,000 square feet of parking, at West Avenue and Biscayne Bay.

The New York-based developer is known for building Steinway Tower, located at 111 West 57th Street in New York City, which carries mezzanine debt that was called into question after a judge temporarily blocked one of the lenders from taking over the tower.

JDS Development and Zalaznick did not immediately respond to a request for comment.