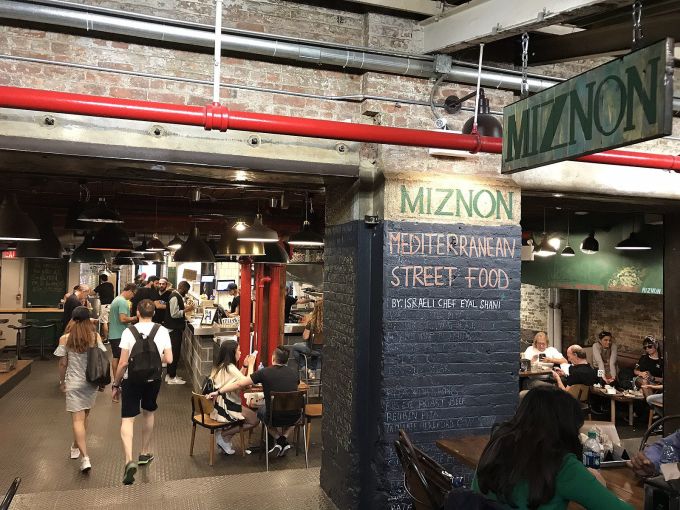 Major Food Group, of Carbone fame, has teamed up with Israeli chef Eyal Shani to bring his celebrated restaurant HaSalon to Miami.

The Jerusalem-born Shani is behind more than 20 different restaurants with concepts ranging from Miznon, a modern twist on the pita sandwich, to the extravagant HaSalon, where one can pay $24 for a sliced tomato.

HaSalon started in Tel Aviv, expanded to New York, and will open its third location in Miami Beach, Robb Report first reported. The New York-based Major Food Group signed a lease at 404 Washington Avenue in the coveted South of Fifth neighborhood, Lyle Stern of Koniver Stern, the broker on the deal, confirmed.

The corner location spans 11,200 square feet indoors, with 3,000 square feet of patio space, according to Stern, who represented the landlord, Dominion Partners. Stern declined to provide the length of the lease, citing a nondisclosure agreement.

Led by restaurateurs Jeff Zalaznick, Mario Carbone and Rich Torrisi, Major Food Group arrived in Miami in January with a splash, bringing with them New York cult favorite Carbone. Not long after, they opened ZZ’s Club, a Japanese restaurant and membership club, in the Design District.

And they’re on a roll. The restaurant group is planning to open between seven to 10 restaurants in Miami within the year, Zalaznick said at a Commercial Observer event last month. That includes a French steakhouse in Brickell, and outposts of two more New York concepts — Italian sandwich shop Parm and upscale deli Sadelle’s, according to previous reports. One of two Sadelle’s locations will span 10,000 square feet at 1212 Lincoln Avenue in Miami Beach.

HaSalon, which means “the living room” in Hebrew, is scheduled to open on Nov. 18, and is hiring for a slew of jobs, according to restaurant job board Culinary Agents. It replaces what was most recently the Lobster Bar and Grille, which closed in July 2020 because of the COVID-19 pandemic. “They were a pandemic fatality,” Stern said.

Major Food Group did not immediately respond to a request for comment.