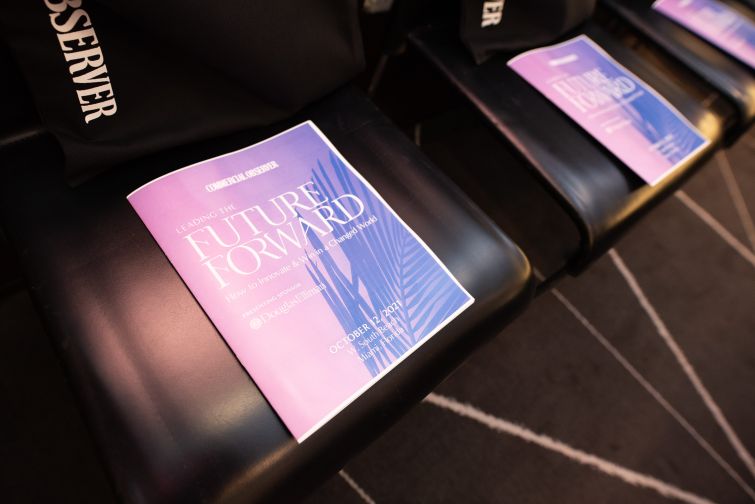 Commercial Observer’s Future Forward conference was a love letter to Miami. The full-day event, which took place last week at the W South Beach, featured a lineup of speakers, many of whom recently relocated from New York, who sang the Magic City’s praises.

Miami is on the rise, they said, offering a wonderful quality of life, and where business and real estate deals are abundant. New York City — or any major city for that matter — should watch out.

“I fell in love with Miami,” said Jack Abraham, founder and managing partner of venture capital firm Atomic, which was one of the first major Silicon Valley companies to relocate this year. “Miami at its core has some of the best elements of New York City and Los Angeles,” Abraham said. It offers a food scene and a diversity of people that rivals New York, while also offering warm weather and ocean found in L.A., Abraham added.

Unlike in New York, politicians aren’t an issue, developers noted. “You’re welcomed down here if you’re coming to do business. It’s really healthy,” said developer Steven Witkoff. “New York is resting on its laurels and has to get out of its own way.”

Florida’s “healthy” politics are in part due to being politically purple, developer Don Peebles pointed out. The Sunshine State “pulls left, but there’s a strong, equal pull right. So you almost always end up in the center: A pro-business environment that’s progressive socially,” he said.

One of these New Yorkers making the most of Miami’s moment is Jeff Zalaznick, co-founder and managing partner of Major Food Group. The company opened an outpost of its New York institution Carbone in Miami Beach to much fanfare earlier this year. It’s planning to open between seven and 10 restaurants across South Florida within the year, the restaurateur told the crowd.

What better place to expand than Florida? As the world locked down because of COVD-19, the region remained wide open for business, allowing restaurants and clubs to operate at full capacity. “It was like a Super Bowl throughout the whole year,” Barry Sternlicht, co-founder, chairman and CEO of Starwood Capital Group, said about Miami’s hospitality sector.

But hurdles remain for Miami. The city lacks the required infrastructure to become a full-fledged business center, said WeWork CEO Sandeep Mathrani. “You need a decade of investment to really make it a hub. Right now there’s an abundance of office space in the world. But there isn’t much of it in Miami. There’s one new building coming, 830 Brickell.”

And as the wealthy relocate down south, it’s worsening the divide between the haves and have-nots. “This is a tale of two Miamis, at the moment,” warned Rebecca Fishman Lipsey, president and CEO of The Miami Foundation. “Half of Miami is insecure about the food they’re going to eat for dinner. The other half is booming. If you’re profiting and benefiting from this place, make sure that this is good for everybody.”

Beyond Miami, an issue facing the commercial real estate industry is attracting diverse talent. Look no further than the crowd attending the conference, which was composed of mostly white men, even in a city as diverse as Miami.

The industry is missing out by being so homogeneous, said Bryan McDonnell, the managing director of PGIM Real Estate. “I want the best talent,” he said. “If I don’t have a wide enough aperture to get the best talent, then I’m holding myself back.”

A sales pitch for young graduates is for them to be a part of the change, said Cedric Bobo, CEO of Project Destined, which partners commercial real estate firms to offer an eight-week internship program. “A kid may not understand real estate, but they see their neighborhood changing. They want to be a part of it. We sell you on, ‘Don’t you want to have the skills, so you can be a part of the progress, not a victim of it?’”

While developers are experts at reimagining neighborhoods — just ask Craig Robins, who single-handedly created Miami’s Design District, one of the city’s most popular spots today— they’re slow to adopt new technology and recognize the future before it arrives. Brad Greiwe, co-founder and managing partner of VC firm Fifth Wall, has a message for those still on the sidelines. “Over $30 billion went into proptech R&D,” he said. “The VC community will fund your innovation projects. Having a culture that’s not only open to change, but also adept at managing it is increasingly important.”

If this conference is any guide, the future forward is Miami, inclusion and technology.