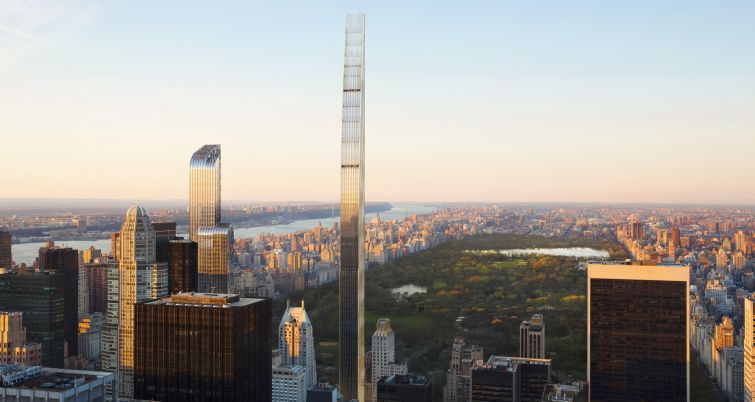 The owner of the mezzanine debt on the project, Spruce Capital Partners, appears to have floated a disturbing deal that would allow it to easily take control of the supertall tower. But that was shot down by a New York Supreme Court judge today, according to documents provided to Commercial Observer.

The proposed move would hand Spruce a massive, much ballyhooed project, due to its ownership of a $25 million subordinate note, it would seem. A source close to the case said it is over budget, but why the established sponsors would give a marquee condo building over so easily is a mystery, he said.

A provision of the mezzanine loan, which was purchased by Spruce from an unnamed lender, allowed it to accelerate the pay back schedule in the event the project was in “out-of-balance condition,” which is a nice way to say “costing too much.” The loan is in a state of technical default when out of balance, the source said.

Now, out of balance and with loan payments accelerated, the project is apparently in trouble. Maloney’s Property Markets Group and Stern’s JDS Development allegedly, perplexingly, acquiesced to the mezz lender’s request for “strict foreclosure,” which eliminates the auction process with the consent of the borrower, before they were halted by today’s proceedings, according to real estate attorney Stephen Meister.

An equity partner in the project—Connecticut-based REIT Ambase Corporation, whose counsel says it has invested $70 million in the building—brought the suit to block handing over the collateral to Spruce, saying they would lose equity if that were to take place, according to Meister, who represents Ambase.

“This is a case that would stop Lt. Columbo dead in his tracks,” Meister said, referring to the famous TV detective. “Why are Stern and Maloney so anxious to have their $35 million investment annihilated? I plan to find out.”

Paul O’Connor, the counsel to JDS, vehemently disagreed with that assessment, however. “What Ambase’s counsel stated happened today is not what happened,” he told CO via email. “This is a baseless lawsuit which we will fully defend in court.”

It’s not the first time the equity investor and the sponsors have bickered. Ambase had initially filed suit against the pair in 2016, saying they attempted to dilute the REIT’s stake in the tower. As The Real Deal reported earlier this month, JDS and PMG then countersued Ambase in January, alleging that Ambase was blocking necessary capital calls for the building to rise due to a dispute over compensation.

As Billionaires’ Row grows bloated with luxury condo product, some have projected a glut at the high end of the market will send some projects into perilous financial territory.

Recently, another building along 57th has attracted headlines: One57. The project that started it all also started the foreclosure proceedings, when last month a Nigerian buyer under suspicion of money laundering lost his apartment to a Luxembourg-based bank, which will reportedly hold an auction for the digs next month.

What went wrong with the Steinway tower? We may have to wait to find out. Last year, Maloney told CO that “the project is fully capitalized; AIG Global Real Estate put up $400 million as the senior lender for the building, and Apollo Global Management put up a mezzanine loan for another $325 million. PMG and JDS split up the rest of the equity.” He claimed that their equity investment at the time was somewhere between $125 million and $150 million, in contrast with Meister’s projected figure of $35 million.

Representatives for PMG and Spruce did not immediately respond to request for comment.

Update: This article has been updated to reflect the fact that the mezzanine loan, not the senior construction loan, is allegedly out of balance. It has also been updated with a comment from JDS’ attorney.