Newcomers got all the buzz, but locals took the most space in 2021 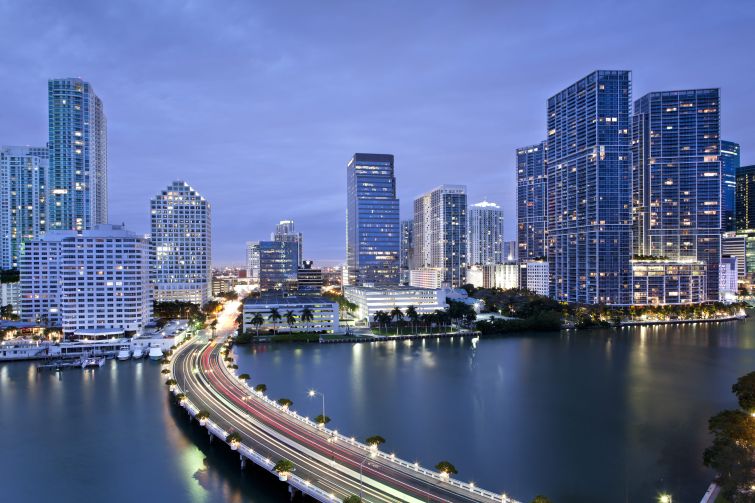 There’s perhaps never been a better time to be an office broker in South Florida.

While industry leaders fretted over the future of the office in the wake of the pandemic, South Florida brokers didn’t have time to sulk. “I’m the busiest I’ve ever been,” CBRE’s Kevin Gonzalez said.

Tired of high taxes and COVID-19 restrictions, high-profile companies descended south this year — and bet on offices. In 2021, new-to-market deals accounted for 22 percent of leasing across South Florida, totaling over 1 million square feet, up from just 6 percent the year prior, according to data from CBRE.

Watch out New York. Almost half of the new tenants were financial firms from the Big Apple, per CBRE.

Class A offices in those markets not only boasted the region’s most expensive rates, with asking rents hovering well above $60 a square foot, but also some of the lowest vacancies, down to 12 percent by the third quarter of 2021, according to JLL.

Take the SunTrust Building at 777 Brickell Avenue. This year, rents at the 13-story office building have risen by as much as 50 percent, said Gonzalez, who represents the landlord in its leasing efforts.

And yet, despite all the buzz about new-to-market firms, the biggest deals of the year highlight another type of tenant crucial to South Florida’s office sector: local companies in suburban markets.

While brash new entrants may be paying the most in the glitziest of districts, locals are still occupying the most space.

Only one transplant made it onto the list of the top five biggest leases closed this year in South Florida: hedge fund Millennium Management with 75,000 square feet at 1111 Brickell. And despite Miami Mayor Francis Suarez’s best efforts at turning the city into a nascent tech hub, no new-to-market technology company appears on the list. Broward County, which almost all marquee companies bypassed, is well represented with two spots.

This year’s largest deal came from a segment that experienced tremendous growth during the pandemic — e-commerce.

After going public, the health care provider renewed its lease at Flagler Station in western Miami-Dade County for 105,314 square feet. The firm had previously occupied 29,834 square feet, according to the South Florida Business Journal.

Another healthcare provider made the list even as it downsized.

Envision Healthcare took up residence near Fort Lauderdale at Cypress Creek Concourse II , inking a 81,169 square foot deal after Chewy kicked it out of its Plantation base. Envision trimmed more 100,000 square feet relocating from Plantation Pointe.

What better way to close an acquisition than with a tenant in tow?

And because one office just isn’t enough for a leading financial firm, the New York-based hedge fund also inked a 40,000-square-feet deal in West Palm Beach.

Zach Wendelin and Tom Haughton of CBRE represented the tenant in the Brickell deal.

The list was compiled by cross-checking data from Colliers, Cushman & Wakefield, JLL and CBRE.

Julia Echikson can be reached at Jechikson@commercialobserver.com