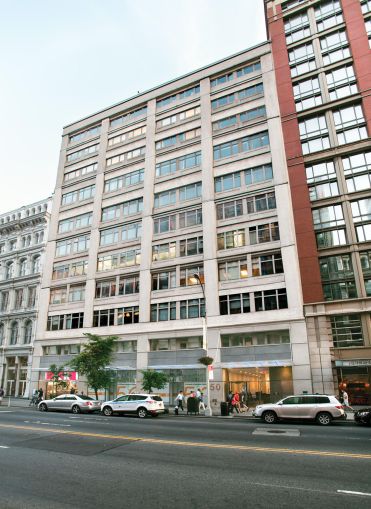 Bizzabo is moving just a few blocks from the 10th floor of 31 West 27th Street — provided by the now-bankrupt flexible coworking brand Knotel — to the entire ninth floor at Two Trees’ 341,000-square-foot building between Fifth Avenue and Avenue of the Americas, according to a representative for the landlord. Two Trees declined to comment on the asking rents in the five-year deal.

“We’re thrilled to look to the year ahead and welcome Bizzabo to 50 West 23rd Street,” Two Trees’ Elizabeth Bueno, part of the team that brokered the deal for the landlord, said in a statement. “The building offers the kind of flexibility that allows them to work seamlessly with their remote and international teams, while also providing the employees onsite with best-in-class amenities and a resurgent Flatiron District.”

The ninth floor was formerly occupied by the audio sharing company SoundCloud, which took a five-year lease in 2015 for 43,700 square feet on the entire ninth and 10th floors. SoundCloud subleased the about 21,675-square-foot 10th floor to video streaming firm Dailymotion in 2018 and now SoundCloud lists its address as 71 5th Avenue, according to its website.

Bizzabo plans to build out its new office space and move into the building in the summer, when it will join other tech tenants at the building including Dropbox, media company The Skimm and social networking service Foursquare. The deal for the event company’s space closed in November.

The firm’s more than 150 New York-based employees will use the new space in a hybrid work model, after working remotely for the past two years due to the coronavirus pandemic, according to a spokesperson for Two Trees. The company also anticipates using its new offices to communicate with its international offices in London, Kiev, Ukraine and Tel Aviv, Israel.

“50 West 23rd Street provides ample opportunities for customization to suit our hybrid-first office,” Eran Ben-Shushan, Bizzabo’s CEO, said in a statement. “In addition to building an in-house studio, we’re also adding soft seating areas and conference rooms as well as screens and cameras in meeting rooms so we can ensure inclusive meetings. We’re also thrilled that employees will also have access to the building’s roof deck.”