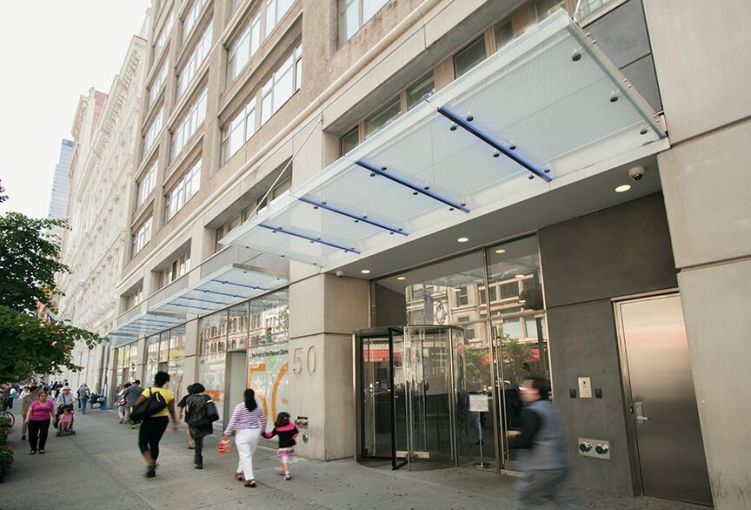 The cloud sharing and storage provider inked a new deal at Two Trees Management Company’s 13-story 50 West 23rd Street, according to a press release from the landlord. Dropbox signed a five-year lease for 31,270 square feet, or the whole fourth floor of the building between Avenue of the Americas and Fifth Avenue.

Asking rent in the building is $72 per square foot, according to Crain’s New York Business, which first reported news of the deal. The new lease practically triples the tech company’s office space. Dropbox is moving from 33 West 19th Street between Avenue of the Americas and Fifth Avenue, where the company leased 11,666 square feet.

“Adding Dropbox to our roster of notable tenants at 50 West 23rd Street highlights how both giants in the tech world and growing startups seek quality space in Midtown South,” Jed Walentas, a principal of Two Trees, said in prepared remarks. “This building remains an ideal location for firms looking for centrally located, adaptable spaces with first-class amenities.”

While Two Trees has been heavily focused on the Dumbo section of Brooklyn and a major waterfront project in Williamsburg, the landlord has spent heavily on boosting the 340,000-square-foot 50 West 23rd Street, which it bought in 2010.

Two Trees poured $25 million into repositioning the building. Part of that overhaul is a 10,600-square-foot rooftop garden and outdoor workspace that’s being done by James Corner Field Operations, which designed the High Line, as Commercial Observer previously reported.

Update: This story was edited to include the brokers for Dropbox.