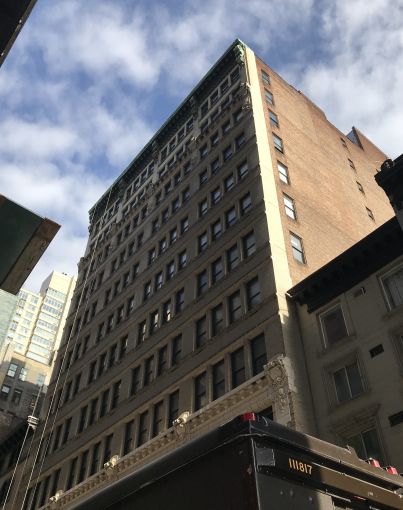 Knotel inked a seven-year lease for the entire fourth and 10th floors at the 12-story, 144,500-square-foot office building between Broadway and Avenue of the Americas, the company announced today.

Asking rent in the deal was not immediately clear. Michael Morris and Gregory DiGioia of Newmark Knight Frank represented Knotel in the transaction, while a CBRE team of Paul Amrich, Patrice Meagher, Neil King and Meghan Allen represented landlord Savanna.

A spokeswoman for NKF confirmed the deal but declined to provide further comment, while representatives for CBRE and Savanna did not immediately return requests for comment.

Event technology provider Bizzabo has agreed to take one of the 11,500-square-foot floors at 31 West 27th Street, Knotel said.

The office provider has become among the most prolific consumers of Manhattan office space over the past year, with much of its footprint located in Midtown South neighborhoods like NoMad. Knotel recently completed a $70 million Series B funding round led by NKF and the Sapir Organization and now has roughly 40 locations across New York City, as well as three in San Francisco and one in London, its newest market.

Savanna, led by managing partners Christopher Schlank and Nicholas Bienstock, acquired 31 West 27th Street from Westbrook Partners for $126 million last year. Other tenants at the building include Stonehill & Taylor Architects, the Stella Adler Studio of Acting and film and TV production company A24.