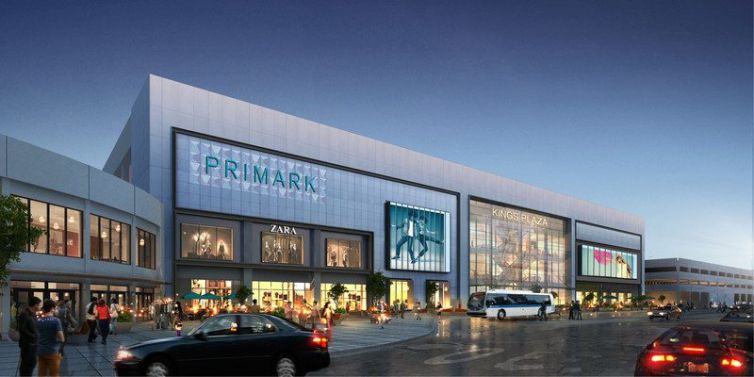 A 90,000-square-foot Target is headed to the Kings Plaza Shopping Center in Mill Basin, Brooklyn.

The mega-retailer snagged a three-level space at 5100 Kings Plaza, the 1.2 million-square-foot mall owned by real estate investment trust Macerich, the landlord announced Tuesday. Macerich did not respond to a request for comment on the terms of the deal.

“Target is an incredibly productive and premier brand that is a terrific fit for local shoppers, who have made a strong return to in-person shopping,” Edward Coppola, president of Macerich, said in a statement. “We believe the attractive demographics surrounding Kings Plaza make this property a match for all that Target has to offer.”

The retailer will take over a former JCPenney outpost after the latter filed for Chapter 11 during the pandemic, shuttering more than 150 stores. Multiple brick-and-mortar retail locations — from Neiman Marcus and J.Crew to Aldo — went bankrupt after being battered by temporary store closures and unheard-of drops in sales.

But Target survived, inking a deal in June for a 31,000-square-foot outpost at the Long Island City, Queens, skyscraper One Court Square. Target and other middle-of-the-road retailers — brands like Kohl’s and Ulta that are somewhere between luxury and value stores — saw higher foot traffic from March to May 2021 than the same period in 2019, according to a report from data analytics firm Placer.ai.

The company’s latest addition in Brooklyn comes after retail sales across the United States continued to rise in September, even amidst supply chain issues and the ongoing pandemic.

Macerich purchased the Brooklyn plaza housing Target’s new outpost from Alexander’s Inc. for $751 million in 2012, Commercial Observer reported. The mall is also home to Burlington Coat Factory, Adidas, Five Below and Primark, according to Macerich.

RIPCO Real Estate’s Jeffrey Howard represented Target in the transaction, The Real Deal reported. It was not immediately clear who brokered the deal for the landlord.

A spokesperson for RIPCO declined to comment. Target confirmed the plans but declined to provide any more information.

Update: This story has been updated to include information from Target.