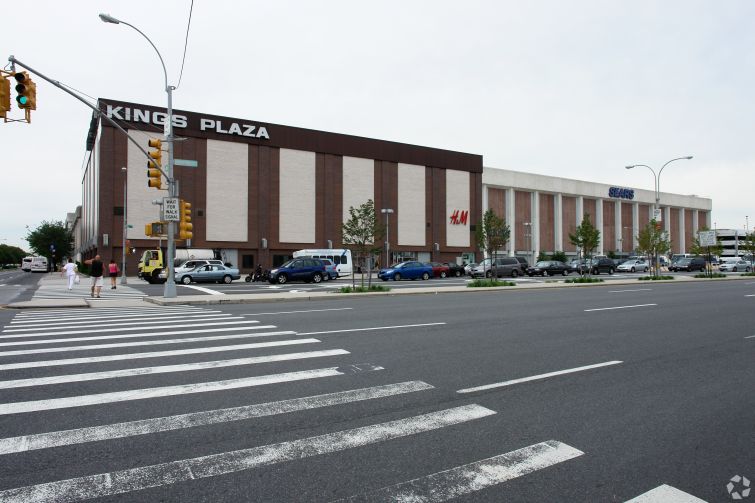 Kings Plaza Shopping Center is one of the malls where PETA will run PSAs about leaving pets in hot cars. Photo: CoStar Group

Burlington has signed a 55,000-square-foot deal at Kings Plaza Shopping Center in the Mill Basin section of Brooklyn for its third location in the borough.

The discount clothier, formerly known as Burlington Coat Factory, will occupy 52,915 square feet on the fourth floor of the mall at 5100 Kings Plaza at the intersection of Avenue U and Flatbush Avenue, which is owned by Macerich, as The Real Deal first reported. Another 2,163 square feet is on other floors of the shopping center.

The asking rent in the 10-year deal was not immediately clear. The transaction includes three five-year options to extend the lease, according to TRD.

The existing Brooklyn Burlington locations are at 625 Atlantic Avenue in Boerum Hill and 410 Gateway Drive in the Gateway Center in East New York. A spokeswoman for the company did not immediately return a request seeking comment.

Macerich purchased the 1.2-million-square-foot Brooklyn mall from Alexander’s Inc. for $751 million in 2012, according to public records.

Existing tenants at the shopping center include Macy’s, Best Buy, Old Navy, H&M and Forever 21. Last year, Sears shuttered after two decades years at the mall, as was widely reported at the time.