Southern California Rents Will Jump by Hundreds of Dollars: USC 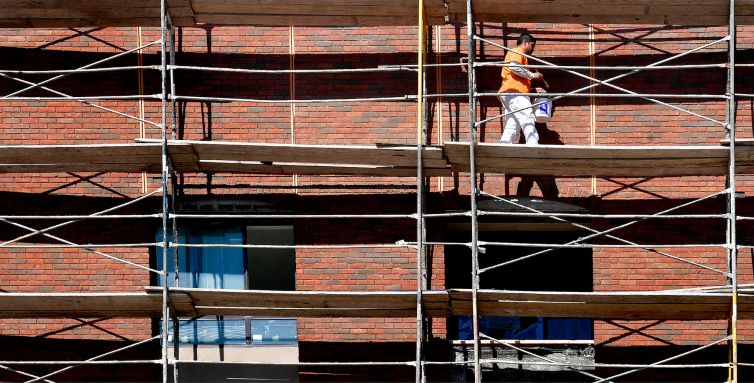 Rent is too damn high and it’s only getting higher.

The 2021 USC Casden Economics Forecast projects triple-digit dollar rent increases over the next two years for apartment dwellers throughout Southern California, with the highest jumps hitting suburban markets. By the end of the third quarter of 2023, experts anticipate average total rent to increase by $252 in L.A. County, $410 in Orange County, $310 in Ventura County, and $241 in the Inland Empire.

NAI Capital reported last month that both average rent and multifamily sales throughout Southern California hit record highs over the past year, all while housing affordability worsened during the pandemic.

The numbers add credence to the trend of rents spiking more dramatically the farther one travels from urban centers. The rise of remote work and the shuttering of restaurants and entertainment venues over the past 19 months have made high-priced urban living less appealing. And many submarkets outside of the metro areas are experiencing historically low vacancy rates.

“COVID-19 caused a large-scale move from central cities to the suburbs that resulted in a sharp rise in apartment vacancies in Downtown L.A., Koreatown and Beverly Hills; and historically low vacancy rates in Rancho Cucamonga, North City San Diego, and Oxnard,” said Richard Green, director of the USC Lusk Center for Real Estate, who co-authored the forecast. “While vacancies are coming back down in urban areas, the outskirts remain low and will see rents go up at a much higher rate than the cities.”

More specifically, the forecast projects average multifamily rent to increase to about $2,325 in 2023 in L.A. County; and to $2,068 in the Inland Empire.

“The question now becomes whether this historic move from the cities to the outskirts will remain permanent or return to pre-pandemic levels,” Green said. “This will have an impact on the entire region should multifamily construction ramp up.”

The report underscores massive issues facing the industry. Earlier this year, a study by UCLA and USC found renters owe their landlords a median of $2,800 after the pandemic year, and almost half of renter households were unable to pay all of their rent during the pandemic.

Eunha Jun, a postdoctoral scholar and research associate with the Lusk Center, co-authored the report. It was produced by the USC Lusk Center for Real Estate and prepared using data provided by CoStar and the U.S. Census Bureau.