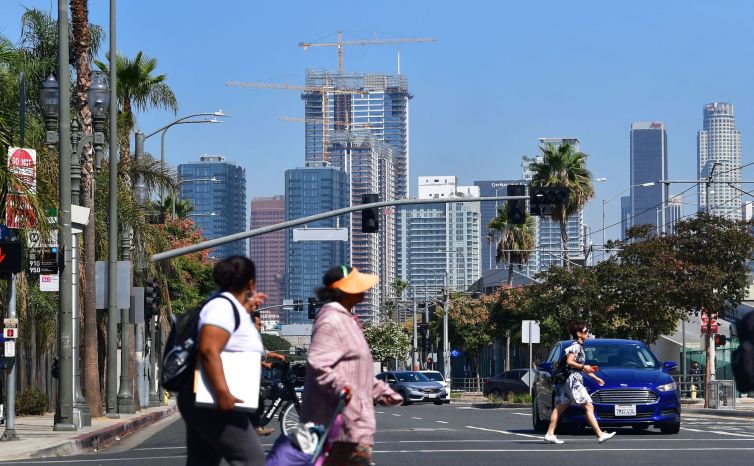 Pedestrians cross a street against a backdrop of luxury highrise apartments under construction in Los Angeles Photo: FREDERIC J. BROWN/AFP via Getty Images 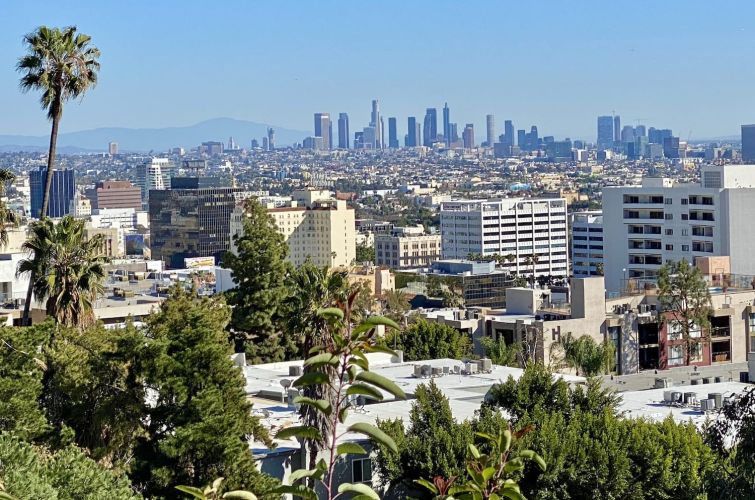 Most of the nation’s major multifamily markets saw their first upticks in rent in March after months of pandemic-driven slowdowns, but the densest areas of California are still showing declines.

Los Angeles, San Jose and San Francisco continue to struggle after the first quarter of the year, while their suburban counterparts, like the Inland Empire and Sacramento County, are leading the nation in rent growth — indicating continued effects of the labor force ditching major cities for more affordable housing options at unprecedented rates.

A new report from Realtor.com found that Southern California’s Inland Empire was home to the second-largest median rent growth of 13.2 percent during the first quarter, raising average rents to $1,925 per month. The Sacramento region east of the Bay Area was fourth largest at 11.6 percent, bringing rates up to $1,685 per month. San Francisco is seeing a “mini-exodus,” where net exits from April 1 to the end of 2020 soared 649 percent compared to the same period in 2019.

Subsequently, rents in San Jose dropped 14 percent and San Francisco dropped 10 percent to make the top of the list for largest decreases. L.A. was sixth with a 5.5 percent decline year-over-year to $2,489.

According to another recent study by Urban Institute and the USC Sol Price School of Public Policy, L.A. has a shortage of 566,000 affordable units. (To be considered affordable, a household must spend no more than 30 percent of its income on housing.)

Nationally, the largest housing markets saw their first average uptick in the first quarter, rising 1.1 percent year-over-year after months of declines. In March, the U.S. average median rent for the 50 largest metros averaged $1,463.

Over the course of the past eight months, rent growth nationwide had slowed from 2.2 percent in July 2020 to just 0.6 percent in February.

“Although we’re still below the 3.2 percent growth we were seeing before COVID, average rent growth in the nation’s largest housing markets saw its first uptick since July 2020, and rents are poised to rise at a quickening pace as recovery continues,” Realtor.com Chief Economist Danielle Hale said in a statement. “However, rents are not rising in all markets. The tech markets and several big metros like Chicago and L.A. continue to see rent declines, but generally at a slower pace than in recent months, which could signal a turnaround in the coming months.”

Hale added that as home prices hit record highs, there may be an increased appetite for rentals as more would-be homebuyers wait for the next season.