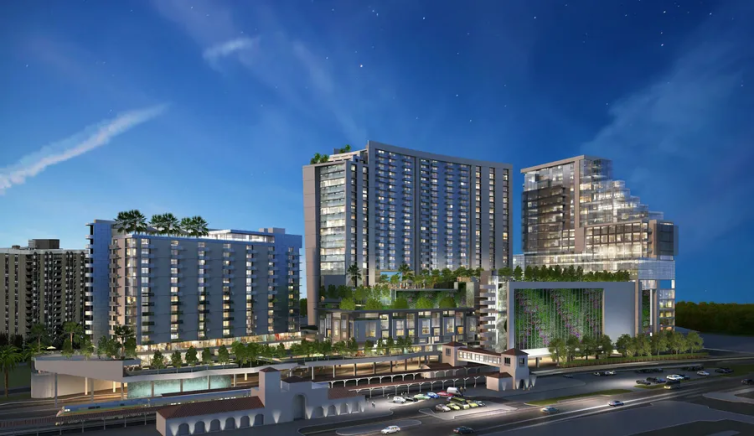 A massive, long-planned development in West Palm Beach is finally getting underway thanks to funding from several estate moguls.

Valued at over $500 Million, the mixed-use development will span ten acres near West Palm Beach’s Tri-Rail and Greyhound station between 150 Clearwater Drive and 203 S. Tamarind Avenue. Related, one of the largest condo developers in South Florida, will develop the project.

“We want to create a mixed-use, transit-oriented urban hub that will include office, retail, and workforce to luxury housing offerings,” Pérez said in a statement.

The development has secured zoning for approximately 1.5 million square feet of flexible uses as well as $25 million in tax incentives, per Related.

A representative for Related declined to divulge specifics about the project’s components, when it would break ground, and the terms of the joint venture.

The deal comes as West Palm Beach, long a provincial town, is fast becoming a nascent financial hub, welcoming some of the industry’s biggest names over the past two years. Hedge funds heavyweights Millennium Management is leasing 40-square feet at the Related Companies’ CityPlace Tower and Elliott Management is relocating its headquarters from New York to West Palm Beach.

The project appears to mark Sagi’s first real estate foray in the U.S. The entrepreneur made his fortune by founding Playtech, an online gaming software company, and subsequently diversified his wealth by investing in London real estate. His portfolio includes iconic properties such as the Camden Market.

It’s been quite an eventful few months for Sagi. Last month, he escaped an assassination attempt, which the office of Israeli Prime Minister Naftali Bennett described as an “Iranian terror” plot, according to the Times of Israel. The tycoon was also named in the so-called “Pandora Papers,” a trove of documents exposing how the rich dodge paying taxes and hide their wealth. The company that put him on the map, Playtech, is now fielding sale offers valued at over $3 billion, The Financial Times reported.

Representatives for Sagi and the BH Group did not immediately respond to a request for comment.