CommonWealth Partners to Buy Hudson Commons for More Than $1B 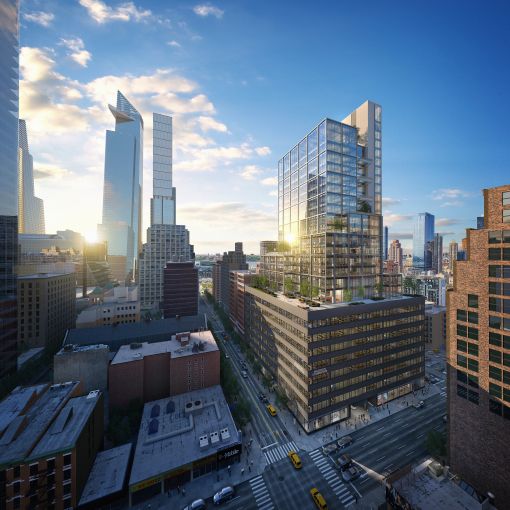 CommonWealth Partners — an investor backed by California’s gigantic state pension fund — is in contract to buy the Hudson Commons office building at 441 Ninth Avenue for more than $1 billion, in the largest such deal since Google announced plans in September to buy its Hudson Square office building for $2.1 billion, The Real Deal reported.

Cove Property Group and Boston-based hedge fund The Baupost Group will sell the 700,000-square-foot building between West 34th and West 35th streets, next to Hudson Yards, to CommonWealth when the deal closes, though the timeline of the transaction is unclear, according to TRD.

Representatives for Los Angeles-based CommonWealth, Cove and Baupost did not immediately respond to requests for comment.

CommonWealth, which owns millions of square feet on the East and West coasts, has served as an investment adviser to the California Public Employees’ Retirement System Fund since 1998, and has gotten at least $750 million from the pension fund to acquire real estate since 2019, TRD reported.

The insurance company EmblemHealth sold the building to Cove and Baupost in 2016 for $330 million. Cove redeveloped the tower, adding 18 floors and 300,000 square feet of office space to the former 1960s industrial property.

CommonWealth, headed by CEO Brett Munger, is betting on office real estate even after the pandemic forced hundreds of thousands of the city’s workers to labor from home, most of whom have not yet returned to their offices. Only 40 percent of workers worldwide have returned to in-person office work, while 72 percent of U.S. workers don’t want to return at all.

The firm is banking on New York City in another way too: CommonWealth recently inked a deal for 3,051 square feet on the 16th floor of the slim, 26-story office tower on Billionaires’ Row at 106 West 56th Street and has already moved into the building.