Investment Manager Leaves Park Avenue for the Far West Side 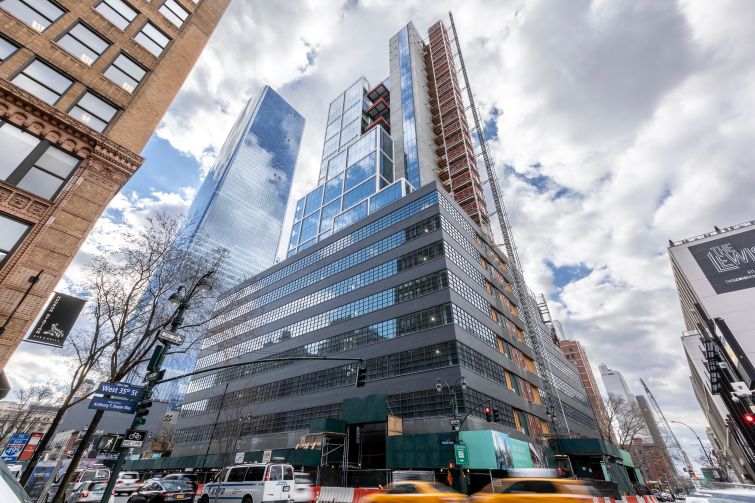 The investment manager has inked a 10-year, 16,178-square-foot lease for the entire 20th floor at Hudson Commons, developer Cove Property Group announced today. The company plans to move into the property, which is located at 441 Ninth Avenue between West 34th and West 35th Streets, by the end of the year. Asking rents for the upper floors in the tower are between $115 and $130 per square foot, according to Cove’s Colin Sullivan.

The space has 14-foot ceiling heights and has been newly constructed on top of a 1960s warehouse, per the press release from Cove. The original building was eight stories and 400,000 square feet, and Cove is adding another 18 stories with 300,000 square feet of new office space on top.

Brevet CEO Doug Monticciolo said in a statement that the “open floor plan, abundant light and air, and industrial details will allow us to deepen our culture of collaboration and cross-pollinating information to create dynamic financial solutions and partnerships.”

Hudson Commons, which is expected to be completed by the end of the summer, is currently 65 percent leased. Lyft and Peloton both plan to move their headquarters into the building, having leased 101,000 square feet and 312,000 square feet respectively.