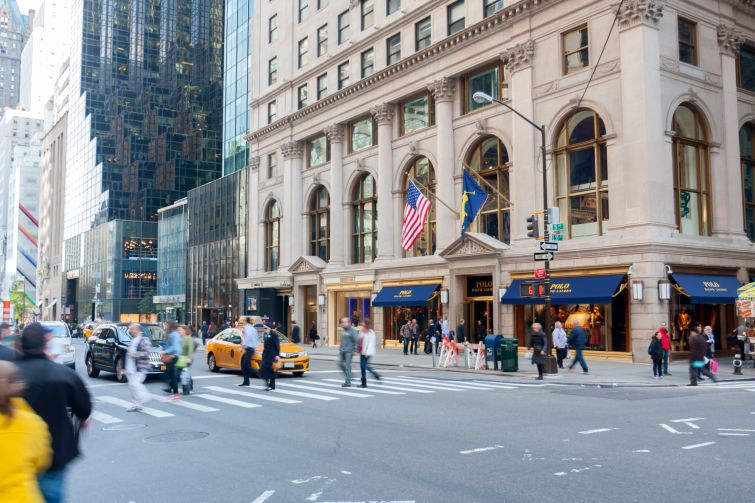 Retail leasing in Manhattan increased between June and September after eight consecutive quarters of decline, a boon for the Big Apple’s pandemic-battered market, according to a new report from CBRE.

The number of square feet leased rose to 1.6 million in the third quarter from 1.5 million in the second quarter — the first increase since 2019, according to the report. The decline of average retail asking rents in 16 of Manhattan’s retail corridors slowed, but still shrunk by 1.6 percent, to $605 per square foot, in the third quarter, the 16th consecutive quarterly decline.

“Even as demand is picking up, landlords continue to add space to the market and price it below the current market average,” Nicole LaRusso, CBRE’s senior director of research and analysis, said in a statement. “This is tapering off, however, and asking rents look like they are close to stabilizing.”

CBRE attributed the improvement to Mayor Bill de Blasio’s vaccination mandate, which requires patrons to show proof of inoculation against the virus at indoor dining, fitness and entertainment venues. The restaurant industry has largely embraced the mandate with as few as 15 eateries being hit with fines for not enforcing the rules, The Associated Press reported.

The brokerage firm also attributed retail’s rebound to the city’s tourism sector, citing more travelers passing through Times Square over Labor Day weekend, though still far fewer than before the pandemic. But without the return of office workers to their cubicles, LaRusso said a full recovery would be more difficult.

“It will be hard for retail to recover until we have office workers back in their offices more regularly, and we see a bigger rebound in tourism,” LaRusso wrote to Commercial Observer in an email. “The office worker and tourist spend is a huge part of demand for Manhattan retail, and though those demand drivers have picked up, we’re still a long way from pre-COVID.”

Robin Abrams, a real estate broker and vice chairman at Compass, said that, while Midtown has been a bit slower to recover, she’s had tenants — especially international businesses — blowing up her phone for storefronts recently as they feel more comfortable touring space and traveling.

“Tenants are starting to reengage,” Abrams told CO. “I haven’t been off the phone since 8 a.m. this morning. I think that kind of says it all.”

LaRusso told CO via email that it was unsurprising considering food and beverage tenants have been the most active at closing deals in Manhattan since 2010, representing between a quarter and just under half of the total number of transactions, according to a separate report from CBRE. Demand is coming back for that sector, further enticed by favorable rents and open space in good locations, LaRusso added.