Moguls Are Migrating to Miami — With Their Companies In Tow 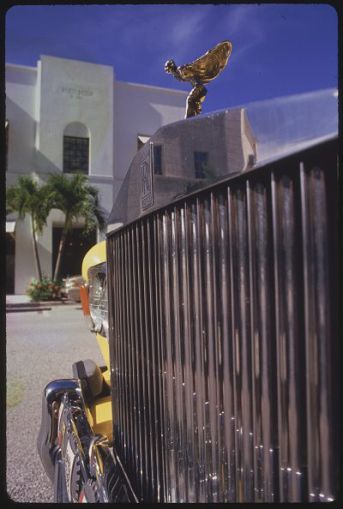 The six-bedroom mansion on Miami’s exclusive Venetian Islands comes with a Japanese imported aquarium that requires a scuba diver for maintenance. It also offers an infinity pool, a boat lift, and expansive views of Biscayne Bay.

As South Florida becomes a business hub, luring some of the country’s premier tech and financial companies, home purchases have become telltale signs of the next firm that’s coming to town. Top executives are snapping up expensive real estate for themselves, often doing so before announcing or signing leases for new offices in the region.

Colliers’ South Florida office leasing team spotted the trend early in the fall of 2020. Wealthy executives “weren’t just buying a $600,000 condo or a $2 million home. They were buying double-digit, multimillion-dollar residences,” said broker Jonathan Kingsley. “Typically, that happens if they’re not having to commute back and forth to California or New York.”

The Colliers team closely tracks home acquisitions because they reliably predict firms that will open offices in the coming months, Kingsley said.

Most tycoons are choosing waterfront homes on Florida’s barrier islands, either in Miami Beach or 70 miles north in Palm Beach, long a destination among the top 1 percent. And they’re not just buying homes: They’re buying compounds, estates, and access to private islands.

The acquisition of a Florida home isn’t just about a swanky place to live, or having a satellite office with beach access. It’s also a savvy legal move. The Sunshine State boasts some of the strongest asset protection laws in the country, as well as one of the most mogul-friendly tax regimes in the country.

The number of sales of homes over $10 million in Miami-Dade County grew by more than a third, and doubled in Palm Beach County, between the first and second quarters of 2021, according to data from brokerage Bespoke Real Estate, while the trickle-down effect has helped the average home price in those counties double to more than $1 million, according to report from brokerage One Sotheby’s International Realty.

For one billionaire, even the home of a rock star didn’t cut it. In January, Orlando Bravo, co-founder and managing partner of private equity firm Thoma Bravo, purchased Phil Collins’ Miami Beach waterfront home for $39.25 million, only to submit plans to have it demolished to construct a modern home.

Tearing down multimillion-dollar properties is a common theme. After purchasing a waterfront Miami Beach home for $20 million, billionaire Dan Loeb, CEO of hedge fund Third Point, bought yet another one down the road for $12 million, which was marketed as a teardown in January.

Along the same street, another hedge funder, Gabe Plotkin of Melvin Capital Management, bought two neighboring mansions for a combined $44 million this past winter. A few months later, while disputing claims that his firm would go bankrupt after losing billions of dollars in GameStop-related investments, the executive filed paperwork to have one of his homes — a 1930s property with a fountain — torn down to build a 1,316-square-foot cabana and a children’s playground.

Another meme-stock victim, Dan Sundheim, founder of D1 Capital Partners — the hedge fund that lost $4 billion in the Reddit/AMC saga and quickly earned it back — inked an office deal at Related Group’s new headquarters in Coconut Grove because of its proximity to his home, according to Cushman & Wakefield broker Andrew Trench, who represented the developer. Sundheim “wanted to be close to home,” the broker said soon after the deal closed in June.

On the list of offices his multibillion-dollar hedge fund has considered is another Related Group development, One Island Park, near Miami Beach. The property is located just across the street from Griffin’s assemblage of multimillion-dollar waterfront mansions and parcels on Star Island.

Or, maybe Griffin, as well as the growing list of modern-day Gatsbys dotting the South Florida coast, are there for the legal and tax benefits.

In Florida, creditors cannot touch a home if a it sits on less than half an acre and is within a municipality, according to Saul Ewing Arnstein & Lehr lawyer Eugene Pollingue, who specializes in estate planning and asset protection for high-net-worth clients in West Palm Beach. If the home is larger than half an acre, creditors are forced to share 50 percent of the sales’ proceeds with the original owner.

Barring a few exceptions, like going bankrupt within 40 months of the purchase or buying it with dirty money, “you can come down here, buy an expensive house and have it all protected,” Pollingue said. “That’s great.”

Not to mention the Sunshine State’s lack of inheritance and income taxes.

There are even more legal perks. If a married couple shares an asset and only one gets into trouble, creditors cannot seize the asset, Pollingue added. “If you live in certain areas and have a lot of wealth, it’s kind of dangerous to flaunt it,” the lawyer said. “You don’t even think about it [in Florida]. It’s more comfortable to enjoy your wealth than being up north somewhere.”

Could he be relocating his venture capital firm, Bling Capital, to Miami?