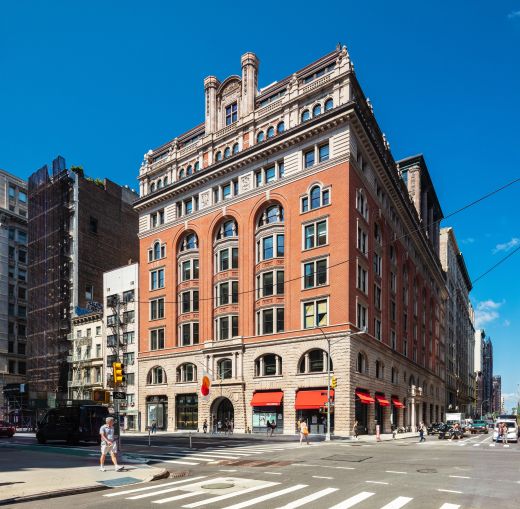 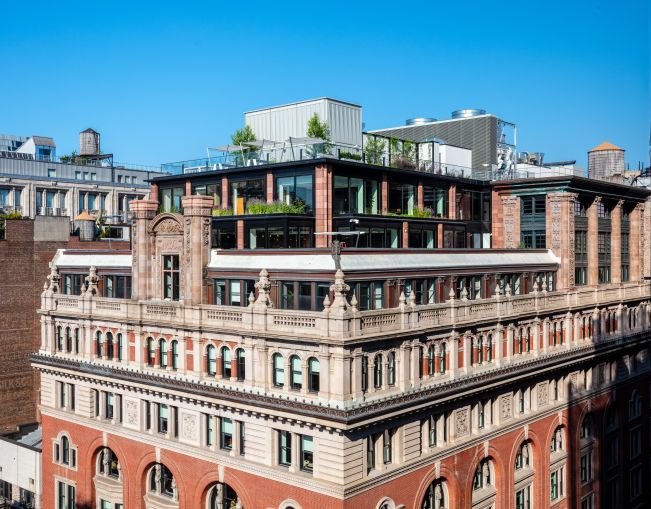 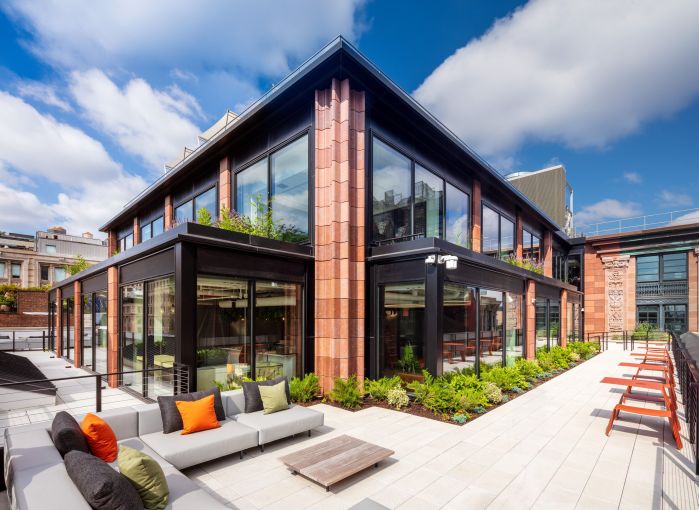 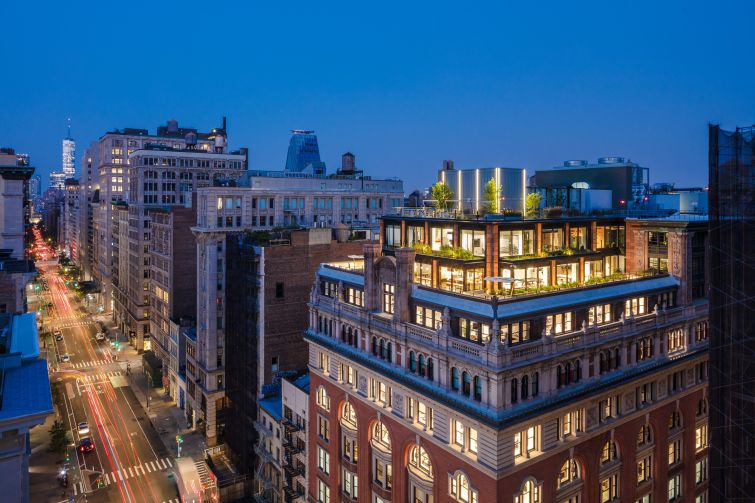 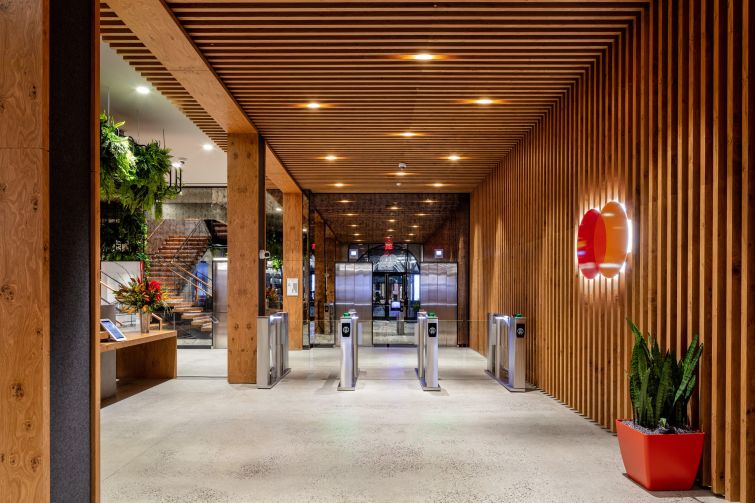 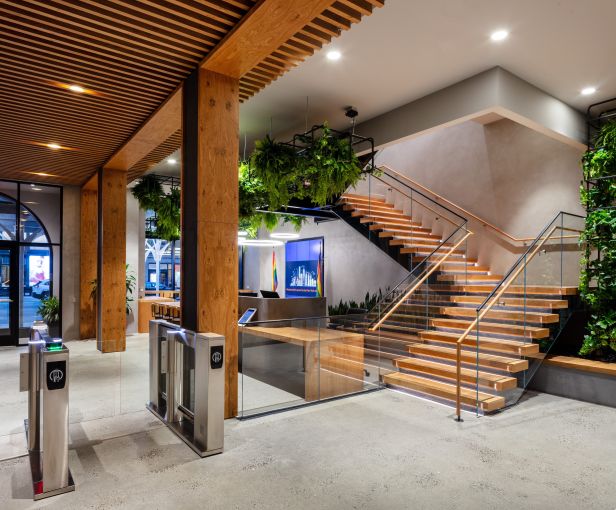 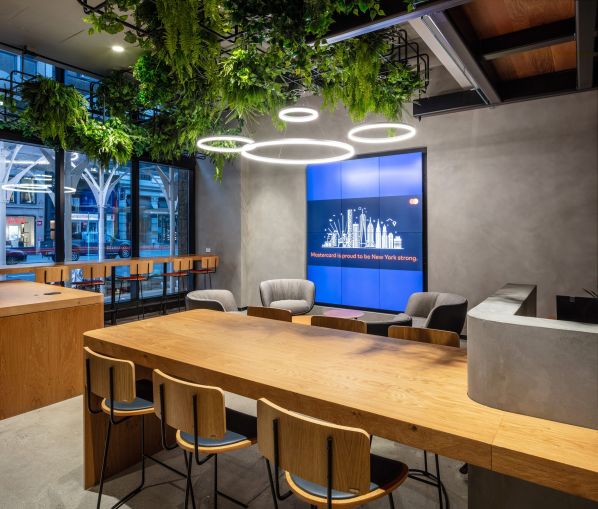 When Mastercard leased all 212,000 square feet of 150 Fifth Avenue in 2017, it had hoped to take over the landmarked 19th-century building in the summer of 2019. However, the pandemic — and the property’s unusual structural challenges — threw a monkey wrench into that timeline.

But STUDIOS Architecture and L&L Holding Company managed to wrap up work on the Flatiron District property this summer, after a few construction slowdowns in 2020. L&L — which originally purchased the property for $27.7 million in 2003 — hired Studios to design a soup-to-nuts renovation and expansion of the building several years ago when it started negotiating new offices for Mastercard’s consumer payments and tech teams.

That includes a celebratory arch with a window emblazoned with the letters MBC, for Methodist Book Concern, which occupied the building in the early 1900s. The new 10th and 11th floors are set back from the building’s cornice, creating a 10th-floor terrace and a landscaped roof deck on top of the 11th floor. The addition is also stepped, allowing for window boxes planted with wildflowers outside the top-floor windows.

“We wanted the 10th floor to be as public as it could be,” explained Clegg. “Having the landscape directly connected to the facade was important to us. We wanted to blur the line between interior and exterior to give the floors as much openness as possible.”

Other work on the top floors included demolishing three existing staircases and replacing them with one that was properly sized, and adding a new elevator to the 12th floor. Now the building has four new elevators — with new cabs and destination dispatch controls — as well as an older freight elevator. Most of the building’s infrastructure was replaced, including heating and cooling systems, and the mechanical systems were moved to the roof.

Mastercard hired Architecture Plus Information to design its lobby and its office space, which have a bit of a rustic, hipster vibe. The lobby features a wall and ceiling covered in vertical wood paneling, warm wood paneling on the structural columns, wood-and-metal reception desks, and planters filled with green ferns suspended over the reception area. A pair of two glass stairways — with wooden stairs — lead up from the lobby to the second floor, which serves as an open meeting space for corporate events and training.