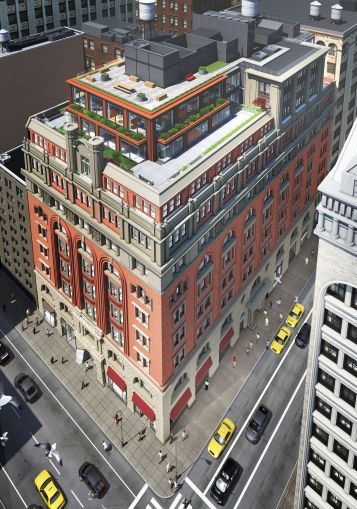 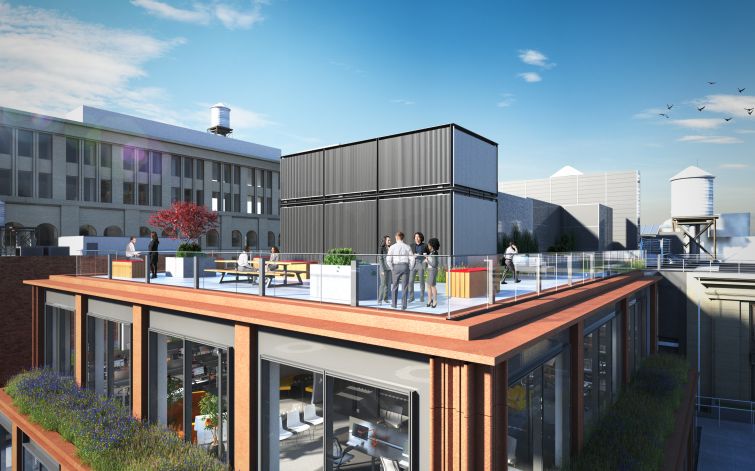 A look at the penthouse floor and roof deck that is being added to 150 Fifth Avenue as part of its renovation. Rendering: L&L Holding Company 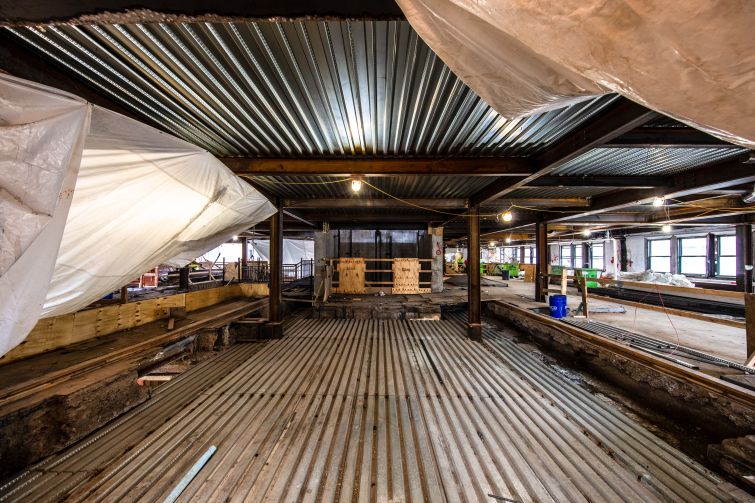 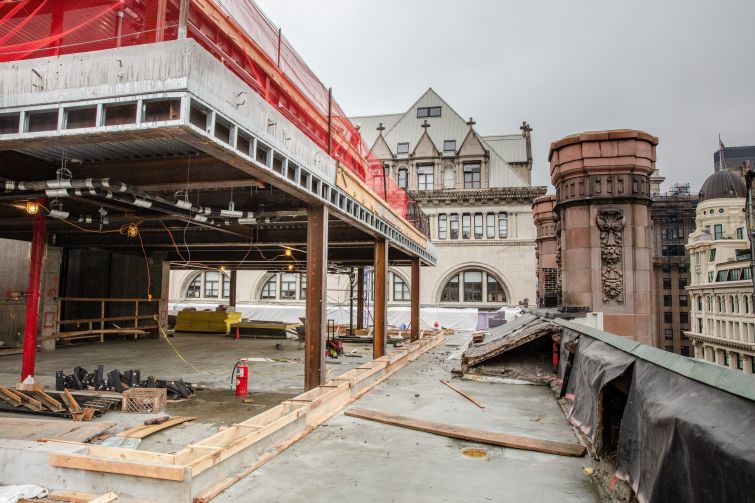 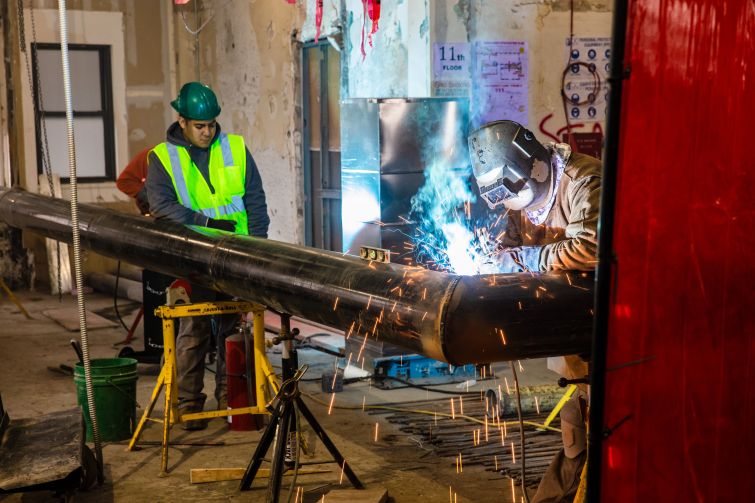 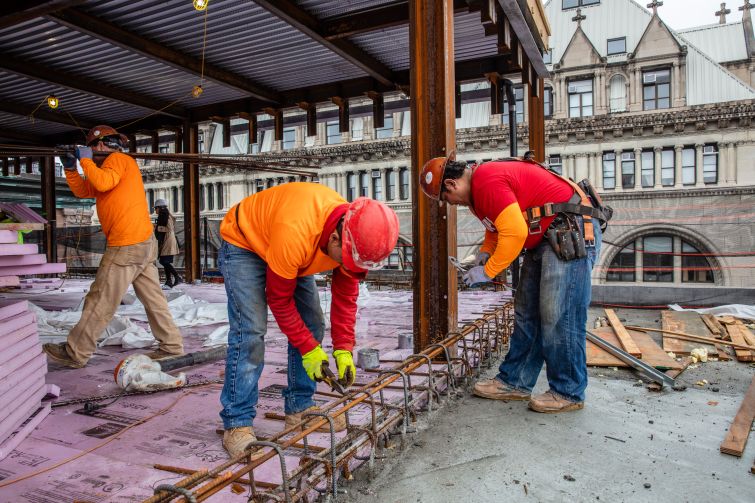 L&L brought in OC Development Management to oversee the construction on the 1888 building, which is located in the Ladies Mile Historic District and required approval from the Landmarks Preservation Commission before work could begin. The 18-month-long gut renovation and expansion involves knocking down many of the internal walls and putting in new steel and concrete columns to help support the existing structure. The construction will also add three stories to the eastern side of the building and six stories to the western side of the building, for a total of 35,000 new feet of office space. Studios Architecture is designing the renovation, which will feature a combination of floor-to-ceiling glass windows and rust-colored steel framing on one side of the building and more traditional gray brick with smaller windows on the other side.

“The structural work has probably been the biggest challenge on the project just because this is a 130-year-old building that was built in three different stages,” said Jonathan Ninnis, the president of OC Development. “You’ve got varying structural systems throughout the entire building…Given the significance of the structural intervention—the bearing wall removals, new elevator shaft, new stair shafts, column removals we’re doing on the upper floors, supporting the vertical expansion—the structural work has just been tremendous.”

The property had a grand internal staircase connecting all of the original floors which is being demolished and filled in with new office space on each story. The 10th and 12th floors will also get landscaped terraces for Mastercard employees.

Besides the extensive structural work, the 212,000-square-foot building is getting completely new mechanical, heating, cooling and electrical systems. The elevators are being replaced and the elevator shafts are being extended up to the new penthouse floors. In addition, workers are putting in new windows, new skylights and new bathrooms. Construction is expected to finish in the fall.