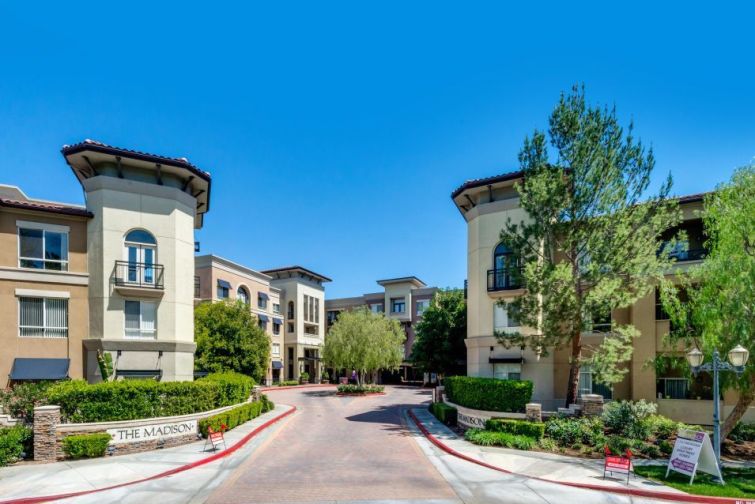 The property is located at 24555 Town Center Drive in the neighborhood of Valencia. photo: Institutional Property Advisors

Suburban multifamily assets continue to outperform in Southern California since the pandemic hit.

Gemdale USA has sold The Madison at Town Center, a 130-unit apartment complex in the city of Santa Clarita in Los Angeles County, for $62 million — $476,923 per unit. Fairfield Residential acquired the property, according to Institutional Property Advisors, a division of Marcus & Millichap.

It’s located at 24555 Town Center Drive in the neighborhood of Valencia.

Multifamily assets in neighborhoods outside of the city of L.A. have seen an increase in suburban migration from metro areas, particularly as more companies shift to more remote work. Earlier this year, the USC Lusk Center for Real Estate released a study showing the farther one travels from the city of L.A., the greater the potential for rent growth.

People have also been drawn to the growing jobs market, with expanding industrial businesses, compared to rising unemployment in the city. In July, Lief Labs expanded its space with Rexford Industrial Realty after signing a long-term lease in Valencia. Also in Valencia, Amazon last summer signed a lease to take over a new distribution center and Dedeaux Properties and Stockbridge Capital Group acquired a distribution center nearby.