‘A mass exodus from California clearly didn’t happen in 2020’: report 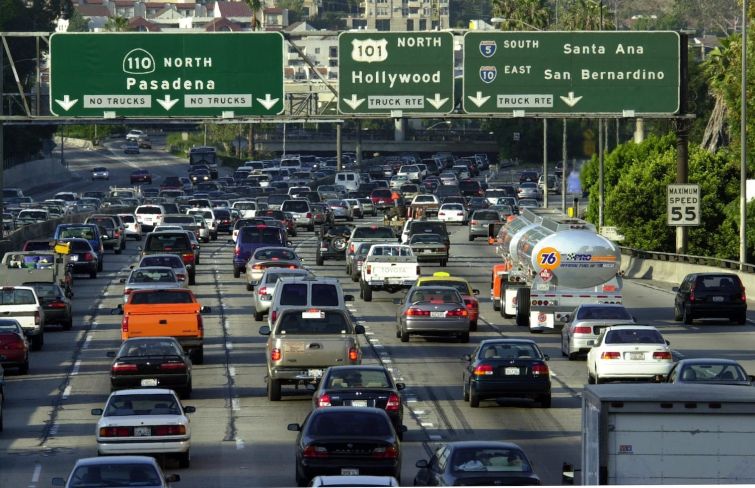 Traffic fills the 110 freeway in Downtown Los Angeles. Out of the total number of people who moved throughout California in 2020, about 80 percent moved to a new location in the state, not out of it. Photo: David McNew/Newsmakers 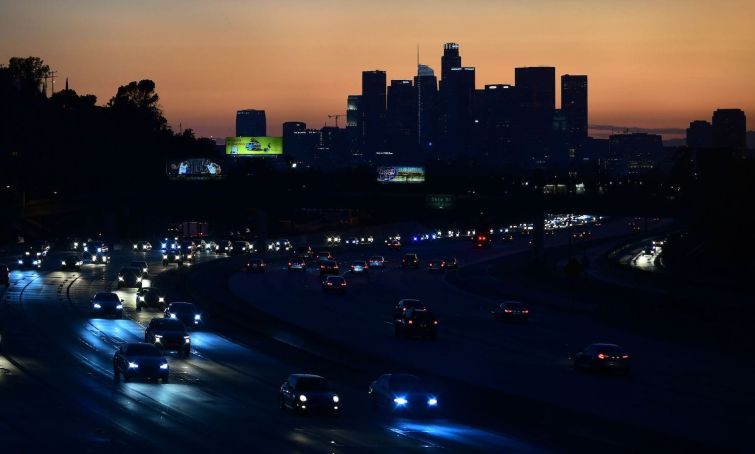 Traffic flows east out of Los Angeles. Since the outset of the pandemic, the residential markets in the Inland Empire — the suburban region to the east — outperformed L.A. County's. Photo: FREDERIC J. BROWN/AFP via Getty Images
Previous Next

It’s been more than three decades since Public Enemy’s Chuck D and Flavor Flav warned, “Don’t Believe the Hype,” but some people didn’t get the message.

Since the onset of the pandemic, economists and real estate experts have said Californians were fleeing at rates that would permanently dent the state’s growth. But, the number of residents leaving state lines show “no marked increase” in 2020 compared to years prior, according to a new study by California Policy Lab. The report found “no evidence of a pronounced exodus from the state.”

The rate of Californians leaving the state has been a steady trend for more than a half-decade, and continued over the past year. But “a mass exodus from California clearly didn’t happen in 2020,” according to Natalie Holmes, author of the study.

That’s not to say the global pandemic didn’t significantly alter some patterns. San Francisco is seeing a “mini-exodus,” where net exits from April 1 to the end of 2020 increased 649 percent — from 5,200 to 38,800 — as compared to the same period in 2019. However, nearly 80 percent of people who left San Francisco stayed in California, and about 66 percent remained within the 11-county Bay Area region.

Similarly, of the record number of people who moved throughout the state over the same period, about 80 percent moved to a new location in California, but not out of the state.

Using U.S. Postal Service data, the National Association of Realtors reported that just 726 more people moved out of California than moved in between March and October last year. While the number of people leaving California typically tracks the number of people entering California, Holmes’ report notes that in the fourth quarter of 2020, exits and entrances moved in opposite directions. About 267,000 people left the state in the fourth quarter, while just 128,000 moved in. However, despite this, the peak number of departures in 2020 was still on par with earlier years.

The massive work-from-home phenomenon spurred by the pandemic inspired more residents to find more affordable housing options outside of major cities. With major tech and media companies like Spotify telling employees that they can work from home permanently, those trends are likely to continue. Indeed, a recent JLL survey of global workers found that 72 percent of workers don’t want to return to the office full time.

Those trends are expected to enforce the multifamily and single-family markets in California this year. Outside of industrial real estate, multifamily is the most attractive asset class, according to the Allen Matkins/UCLA Anderson Forecast, a survey of developers and financiers throughout the state.

Although the notion of an accelerated departure from California appears to have been overblown, the mass exit from cities to suburbs was not. While companies shift largely to more remote work, factors like commute times are becoming less significant in housing decisions, pushing demand away from dense urban areas.

Indeed, urban vacancy throughout the country has reached rates not seen in more than two decades, according to JLL. The affordability crisis in California has driven more people away in the last few years, but state residents looking to buy homes are “by and far looking within the state,” the report said.