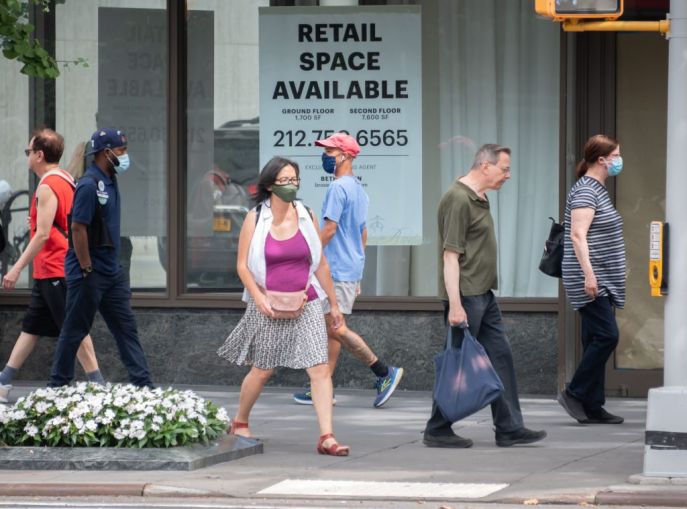 Supporters and opponents appeared on Zoom in full force on Friday to testify about Councilmember Stephen Levin’s controversial commercial rent regulation bill, which would apply to small retail, office and manufacturing tenants.

The policy would impact retail and office tenants that occupy 10,000 square feet or less, and manufacturing tenants of 25,000 square feet or less. The ten-page legislation, which Levin originally introduced in 2019, seeks to develop a commercial rent regulation framework that resembles residential rent stabilization in New York State. Along those lines, landlords would have to register their commercial rents for new leases with the city after the law takes effect.

The legislation would create a commercial rent guidelines board  similar to the city’s residential Rent Guidelines Board, which decides rent increases for rent-stabilized and rent-controlled apartments in New York City. The nine-person body would be appointed by the mayor and include representatives of commercial landlords, small business owners and “public members” with several years of experience in finance, economics, real estate or community development.

By July 1 of each year, the commercial rent board would vote on the maximum percentage increase in commercial rents, and new commercial leases that begin during the following year would be subject to the rent guidelines.

The bill doesn’t specify whether landlords would be able to exit commercial rent regulation under certain circumstances. However, it does allow for tenants and landlords to apply — to a yet-to-be-determined city agency — for the legal rent on a space to be adjusted, if they can prove that “extraordinary circumstances” have resulted in the rent being “substantially different” from comparable rents in the same neighborhood. The bill’s sponsors claim it wouldn’t apply to chain stores or certain large franchises, though that provision is not written into the current version of the bill.

The draft of the bill lacks detail on many other common commercial lease issues, such as how subleases would work, and how rent concessions, free rent and tenant improvements (paid for by the landlord) would impact the legal regulated rents. Levin has stated that the policy would not apply to existing leases, but  would affect leases that come up for renewal after it becomes law.

Councilmembers Mark Gjonaj and Kalman Yeger were skeptical of the commercial rent control proposal. Gjonaj argued that the city should be looking at reducing taxes and fees for small businesses rather than regulating retail rents.

“Why aren’t we doing more to reduce real estate taxes and ensure that they are paid more equitably?” asked Gjonaj. “Why haven’t we focused on government-controlled issues that affect small business?”

Yeger, on the other hand, argued that the city doesn’t even have the right to regulate commercial rents.

“The city of New York has no constitutional authority to pass this bill,” Yegersaid. “What we’ve come here today to say is that the biggest threat to doing business in this city is a lease.”

Levin also felt that the city should be doing more to address rising commercial property taxes for small landlords. A small business near his office on Atlantic Avenue in Brooklyn was struggling because its landlord was passing on the cost of their skyrocketing property taxes (known in commercial lease terms as a “pass through”).

“The pass-throughs were so high that the business was unable to afford them,” said Levin. “Those real estate taxes increased five fold over about ten years, because of the way that our real estate taxes are calculated for commercial properties.”

Jonnel Doris, the commissioner of the city’s Department of Small Business Services, testified that commercial rent regulation “could have unintended consequences, because many of the businesses we work with don’t have leases.” He also pointed out that the city provides pro bono attorneys to help small, immigrant-owned businesses navigate their lease renewals. However, the program has only helped 926 commercial tenants in a city that has roughly 240,000 small businesses.

Nicola Heryet, a principal at brokerage Avison Young, felt that the commercial rent rules would make commercial landlords much more risk-averse and less willing to do short-term deals.

“Landlords would be very reluctant to decrease rents if those rents becane permanent, and they would be reluctant to lease to pop ups and short-term tenants,” she said. “In today’s market, most tenants want short term leases.”

Eric Obenzinger, who manages retail spaces for a co-op board on the Upper West Side, argued that rent regs would hamstring his building’s ability to generate the revenue necessary to cover its real estate taxes and operating expenses.

“That rent from our [commercial] tenants helps pay for the 15 years of above inflation real estate taxes that have been imposed by the city,” he explained. “Our housing costs will go up, and we’ll have incentives to take the spaces off the market and convert them to resident-only amenity spaces. Co-ops provide wholesale housing; we don’t make profits.”

“Even as taxes and other costs continue to rise, rent caps determined by a politically-appointed body would only incentivize owners to avoid deals with small businesses and pop-up tenants, opting for larger, more credit-worthy tenants instead,” the organization argued in its written testimony. “Propping up businesses that are not economically viable will lead to economic disaster. Despite the advocates’ rhetoric, these bills are not simply a matter of protecting small storefront retailers from large property owners. Indeed, these bills would limit rents for tenants ranging from Starbucks to Tiffany.”

Vanna Valdez, who was part of a worker-owned ceramics cooperative in the South Bronx, said that her organization had struggled to find affordable space in the neighborhood, and worried about being displaced by rent increases after spending thousands to renovate the space.

“It was hard to understand how small businesses are able to survive with such extreme prices,” she said. “There’s nothing to stop the landlord from doubling the rent on you after you’ve made thousands of dollars in improvements on the space, which the landlord will continue to benefit from after you’re gone. What is there to prevent me from being booted out by price hikes and being taken advantage of? Especially as gentrification creeps further and further into the Bronx.”

Paula Segal, an attorney with nonprofit TakeRoot Justice, said that her organization was part of the SBS program that offered pro bono legal services to commercial tenants renegotiating their leases. She noted that “unregulated commercial rents regularly result in 100 percent increases for my clients.”

One business owner that she worked with had been offered a renewal lease of $3,000 for the first year, after which the rent would double to $6,500 and continue to escalate annually through subsequent years of the 10-year agreement. The owner “knows that there’s no way his business can sustain those rent increases, but he wants to stay in the community,” she said. “There’s no law that limits the amount of money the landlord can demand in exchange for letting the business say.”

David Estrada, the executive director of the Sunset Park Business Improvement District, felt that rent regulations would hamper New York City’s retail recovery, which has been battered by the pandemic.

“This is the most blunt policy solution possible to an incredibly nuanced challenge,” he argued. “There’s no silver bullet and it would be certain to have a chilling effect on the city’s ability to recover from the pandemic.”