The Small Business Jobs Survival Act (a.k.a., ‘commercial rent control’) is making its debut in the City Council. Not everybody is happy. 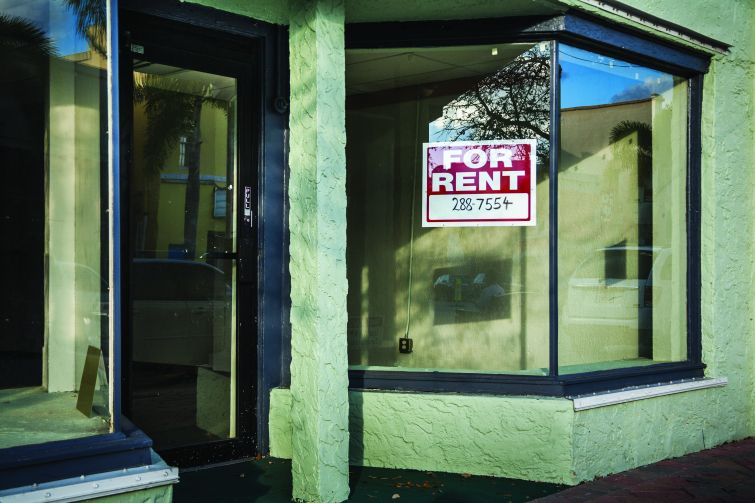 The City Council has been considering a bill supporters hope will keep small businesses from shuttering but opponents feel is a form of rent control. Peter Glass/Getty Images

Earlier this month, Nolita’s beloved McNally Jackson Books said it will be forced to relocate. Last week, it was the West Village’s Tortilla Flats and Broadway’s The Drama Book Shop, which both announced they would shutter after decades in the city.

The common factor owners blame for the closing: an exorbitant rent hike following the expiration of their leases.

A bill that has been kicked around since the 1980s and would overhaul the lease renewal process for commercial tenants came to the forefront again with another City Council hearing last week.

Proponents of the bill, dubbed the Small Business Jobs Survival Act (SBJSA), say it will help keep the doors of beloved businesses open by giving them more power during lease renewal negotiations.

However, opponents of the bill think it could actually do the opposite and cause more empty storefronts because it will leave landlords wary of taking a chance on a non-established business.

“This legislation will do nothing to solve the underlying issues behind storefront vacancies,” John Banks, the president of the Real Estate Board of New York, said during the council hearing. “The only survival this bill ensures is the continuation of vacancies.”

SBJSA, commonly referred to as “commercial rent control,”—though supporters contend it’s a misnomer—would require landlords to offer a minimum 10-year lease renewal to commercial tenants which haven’t run afoul of the guidelines set in the bill, like regular late rent checks or using the space for illegal activity. It leaves it up to the tenants to decide if they’ll renew the lease or sign for a shorter term.

“[The potential legislation] is just a huge step forward,” said Ruth Messinger, who first introduced SBJSA in 1986 when she was an Upper West Side councilwoman. “The landlord can’t simply refuse to re-up the lease or just wait to the very last minute and announce terms that nobody wants to meet.”

The bill was reintroduced into the City Council in March by Washington Heights Councilman Ydanis Rodriguez and is sponsored by 25 councilmembers, one shy of the majority needed for it to pass if called to a vote. While previous council speakers have been reluctant to bring the bill to the City Council chambers, current Council Speaker Corey Johnson announced his support for the legislation last year and scheduled last Monday’s hearing.

Supporters—a mix of activists, small business owners and political hopefuls—turned out in droves for the City Council hearing last week, setting up a makeshift graveyard of shuttered small business on the steps of City Hall. They were met in equal numbers by REBNY members who donned blue hats reading, “Vote No on Commercial Rent Control,” to protest the bill.

“You don’t always lose a lease just because of rent,” said Joanne Podell, an executive vice chairman of retail services at Cushman & Wakefield who testified against the bill at the hearing. “The retail business is a dynamic business and a very nuanced business… It’s only one factor.”

Podell said her side wants businesses to “grow and flourish” in the city, but a lot of times long-time shops close because of changes to the market, neighborhood demand or competition. Plus, the city government doesn’t need to step in to try to combat skyrocketing commercial rents—that already happens by itself.

“The market self-regulates,” she said. “If rents get too high, tenants do not renew, they find alternative locations, and other areas that may not have been as strong seem stronger.”

Podell knows the plight of small business owners herself. Before becoming a broker, she owned a 10-store furniture business, Brazil Contempo, but lost it all when she made a “terrible real estate decision,” as she previously told Commercial Observer.

Others think SBJSA could wind up leading to more retail vacancies because landlords will be wary of signing brand new tenants to space because they could be stuck with renewing leases at cheaper prices or with tenants they want out under the bill.

“[Landlords] will wait for a tenant whose idea is proven and can pay and will not be a nuisance to their [other] tenants,” Banks said.

REBNY isn’t the only group that has come out against the bill. Powerful service workers union 32BJ, the Building and Construction Trades Council of Greater New York and the New York City BID Association—comprised of managers of the city’s 74 business improvement districts—also oppose the bill.

The New York City Bar Association released a report in September saying that the city might not even have the power to implement the law. Even though the bill doesn’t provide a rent cap, the bar association argued in the report limiting a building owner’s rights on the space is “the equivalent of rent control.”

The bar’s report states that since no state law “expressly authorizes the city to control rents,” the only way the city could pass a form of commercial rent control would be under the city’s “health and welfare” powers.

“Whether the power to enact commercial rent control is within the city’s general health and welfare power has not been specifically decided by the courts,” the report reads.

Mayor Bill de Blasio’s administration has also spoken out against the bill with New York City Department of Small Business Commissioner Gregg Bishop testifying during the hearing that he thinks it will come with a slew of unintended consequences.

“This legislation may do more harm than good,” Bishop said. He added that the bill could actually drive the cost of commercial rents up and the arbitration process might actually help landlords more than tenants.

“Arbitration often favors the party who is able to provide more resources and information into the arbitration process,” he said. “Larger and more well-resourced parties, such as landlords and multinational corporations, will likely have the upper hand.”

Even supporters of the bill’s goals have concerns. Johnson repeatedly said during the hearing it wasn’t a “silver bullet” to save mom-and-pop shops and its application would be too broad. As it’s currently written, the legislation would apply to “all commercial lease renewals for a commercial premises.”

“I don’t think is a perfect bill,” Johnson said during the hearing. “I think this bill should not treat WeWork in the same way as it treats a bodega… That does not make any sense.”

Despite some of the concerns, advocates said that while the bill does need changes, it’s a step in the right direction to helping small businesses stay afloat.

While Banks and others call the bill a form of commercial rent control since it could potentially limit fluctuations in commercial prices, Messinger said it wasn’t and that real estate groups only tacked it onto to the name to squash it because “rent control” has a bad connotation.

SBJSA proponents think it’s wrong to categorize it as commercial rent control, but the original draft of the bill came from discussions on rent regulations.

The city previously had commercial rent control through a state law in 1945, but it expired in 1963, according to the bar association. Faced with small businesses closing up shop in the 1980s as commercial rents increased, people began pushing for rent regulations and the Koch administration started a commission to address the problem, which wrote the first draft of SBJSA, City Limits reported.

SBJSA faced its only City Council committee vote in 1988 where it was rejected 4 to 3, according to City Limits. It was reintroduced again in 2008, with a hearing in 2009, and reintroduced yet again in 2015 but was squashed by then-City Council Speaker Melissa Mark-Viverito.

When Johnson was elected speaker earlier this year, Eisenbach’s Friends of SBJSA group saw another chance for the bill and began a push for another hearing. Despite the legislation’s history of failure and the powerful groups against it, Eisenbach felt confident last week’s hearing might finally get it over the goal line.

“We couldn’t have asked for more, it was exactly what we needed to achieve,” he said. “We think we made a big difference in pushing it in [Johnson’s] favor.”

Update: An original version of the story incorrectly reported Union Square’s the Coffee Shop close because of a rent hike. Landlord Eric Gural said the restaurant still has two years on the lease and he didn’t raise its rent.