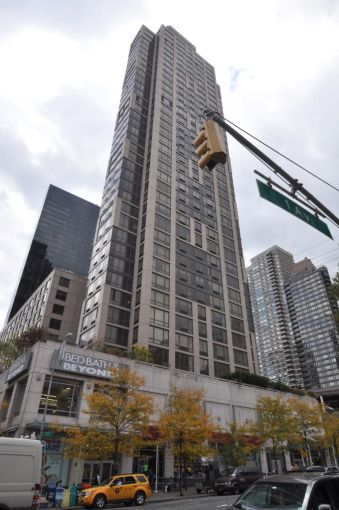 410 East 61st Street, with the retail property at the base. Photo: PropertyShark

Gazit Horizons has refinanced its four-story Upper East Side retail property that was the subject of Manhattan’s largest retail lease of 2020, the firm announced on Monday.

The U.S.-based subsidiary of Israeli real estate investment firm Gazit Globe announced that it has locked in $134.4 million in permanent credit term lease bond financing secured by the retail property itself — at 410 East 61st Street — as well as The Home Depot’s 20-year, 120,000-square-foot lease at the property it signed for last October, the largest retail lease (by size and rent) in Manhattan during a pandemic-stricken 2020, as Commercial Observer previously reported.

Mesirow Financial issued and placed the bonds via the credit term lease financing structure, per Gazit’s announcement. The non-recourse financing carries a fixed-rate of 3.295 percent.

‘The closing of our $134.4 million dollar bond this week represents another major step forward in our value creation from this asset,” said Gazit Horizons President and CEO Jeff Mooallem, adding that his company has worked “diligently to obtain all necessary approvals, setting the stage for this permanent financing” since signing Home Depot to occupy the asset. “By using [credit term lease] financing, rather than a traditional real estate loan, we were able to leverage the strong credit of our tenant and the value of our 20-year lease to recognize a strong profit on our investment and eliminate interest rate risk going forward, all while maintaining full ownership of the property.”

With this deal, Gazit was able to generate about $30 million in additional proceeds on its initial investments in the property, the firm said. It picked up its interest in the property for about $80 million, across two deals that occurred in 2017 and 2018.

Bed Bath & Beyond has been housed in the space, with a lease term that expires this year. Home Depot had planned to vacate its 80,000 square foot space at Vornado Realty Trust’s 731 Lexington Avenue in favor of moving to this larger space just a half-mile away. Gazit will deploy $20 million to prep the property for Home Depot, which is planning to open over the next couple of years, according to Gazit.