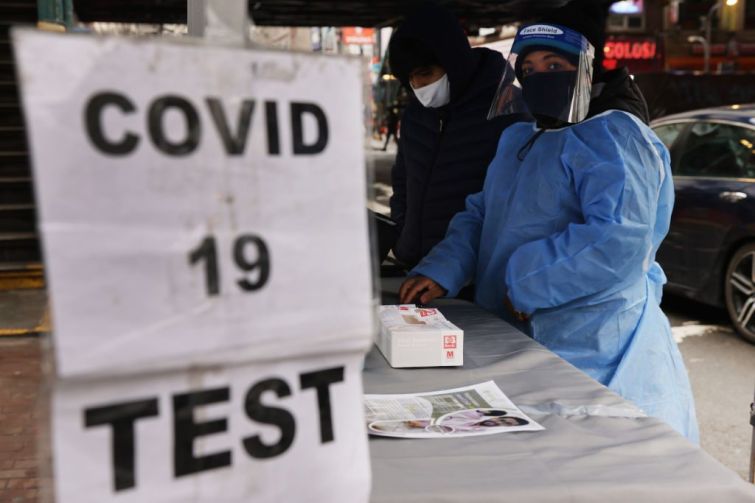 The delta variant — a highly transmissible strain of the coronavirus — is now the dominant strain in New York City.

The strain, which is causing an uptick in cases in the city, accounts for more than 80 percent of positive coronavirus samples tested by the New York City Department of Health in the last four weeks. And, as of Friday, all five boroughs meet the Centers for Disease Control and Prevention’s (CDC) guidelines to be considered high transmission areas, where indoor masking and other indoor precautions should be taken, NBC reported.

Positive coronavirus tests in the city are increasing, along with total cases, hospitalizations and confirmed deaths, according to city data. With all indicators up, the data is suggesting a steepening curve, per NBC.

The growing number of cases in the city and the spread of the delta variant — which is more contagious, more likely to get vaccinated people sick, and can potentially cause more severe cases than other versions of the virus — has forced employers to rethink in-office work, again.

Amazon has delayed its corporate workers’ return to their offices until at least Jan. 3, 2022. Google and Apple both pushed their office homecomings by several weeks.

Meanwhile, more companies are employing stricter vaccine mandates. The Washington Post announced last month that all employees will be required to show proof of vaccination as a condition of their employment. Related Companies — based in Manhattan and best known for co-developing Hudson Yards — and The Durst Organization are both requiring vaccinations or saying that their workers will be fired.

CNN went a step further and fired three workers this week for coming to the office while unvaccinated, violating the television giant’s vaccine policies.