CitizenM Is Expanding, Betting That Urban Travel Will Rebound

The hotel brand is opening new locations in LA, San Francisco and Miami this year 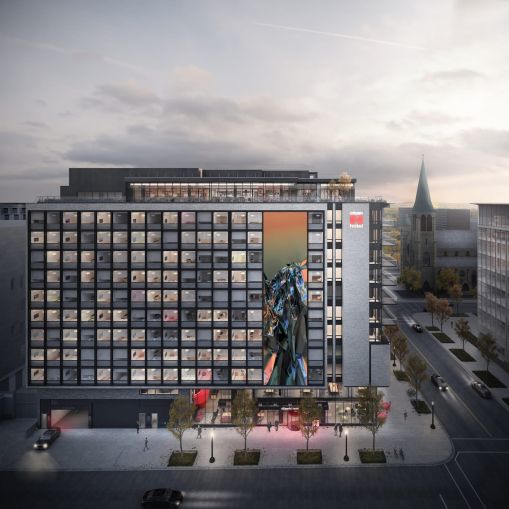 It’s the best of times; it’s the worst of times to open a hotel.

COVID-19 continues to surge, the efficacy of vaccines is waning — but after being cooped up for more than a year, people are partying and traveling again.

CitizenM is making the most of the moment. Founded in 2008 by Dutch fashion mogul Rattan Chadha, the hotel chain became known for its industrial design, compact rooms, and somewhat affordable prices. Its portfolio now contains 21 hotels in 14 major European, Asian and American cities, including New York, Paris, and Taipei.

Despite the pandemic, the Dutch hospitality brand kept expanding, opening a hotel in D.C. last October. This year, it continues to barrel ahead, launching hotels in San Francisco, Los Angeles, and two in Miami, both near the downtown area. It also has a Miami Beach location set to open by 2023.

Even though citizenM’s plans were well in the works before COVID-19 hit, Florida is turning out to be an auspicious place to open up during these turbulent times, given the state’s lack of current — and undoubtedly, future — restrictions.

Commercial Observer sat down with the man leading the expansion effort, Ernest Lee, head of development and investments of citizenM’s North American division. The interview was edited for length and clarity.

Commercial Observer: Why is citizenM expanding now, given that we’re still in a pandemic, which has caused havoc on the travel industry?

As soon as any measures were lifted in some of our markets, we saw the customer come straight back. They wanted to treat lobbies like a coworking space. They wanted to grab a cocktail with a friend that they haven’t seen in a long time. It’s just natural, human behavior to want to be around other people, whether it’s colleagues, friends or family.

Our project timelines take three, four years to open up a hotel. So, this is a fantastic opportunity for us to expand.

Are you worried about the delta variant?

I wouldn’t say that I’m overly worried, but it’s something that we are keeping our eyes on. Travel is a national and international business, and anything that affects conferences or people getting back in the office, obviously, has a direct impact on our business.

The silver lining in our portfolio is that [the hotels] are primarily in large cities, where there is much more vaccine acceptance and lower transmission rates.

Florida is now the epicenter of a COVID-19 outbreak. What do you think this means for the hospitality industry and your plans?

Florida is a great place for hospitality operators to have a presence. Some of these hotels in South Florida have done exceptionally well during the last year-plus. And that’s probably a direct result of being a little bit more of an environment that allowed travel to continue uninhibited.

Between now and when our hotels open at the end of this year, that gives ample time for significant progress in terms of immunity — either natural or with vaccines.

It sounds like you’re more worried about people not returning to the office than the hospitality industry?

Well, one and one are the same. For us in the hospitality business, we had the benefit of strong leisure travel, but business travel really hasn’t been there over the last year. We link and associate everyone returning to the office to in-person meetings and larger conventions.

CitizenM targets millennial and Gen Z travelers who want to visit urban areas. Do you think that demographic will change its travel habits after COVID?

We believe that they will continue to be driven by experiences, by design and affordability, and by cities that offer lots of interesting cultural experiences.

The biggest change that we’ll probably see is on the business travel side. For example, all these memes have popped up throughout the pandemic about a typical traveling salesman in a suitcase, saying, ‘This could have been an email’ or ‘This could have been a zoom’. So, how many of those instances will impact the amount of business travel volume there is? And what will be the net result for the industry?

On the other hand, I think what we do see is new use-cases for [business] travel that are less ‘Hey, I’m a road warrior that needs to be out in front of my clients every week’ to more remote work and dispersed teams, resulting in new travel needs.

If you are a company and you say, ‘Being in an office is no longer a requirement, just as long as I get to see you once every couple of weeks from month to month’. All of a sudden, you have colleagues that all used to live in the same city are no longer living in the same city — but they’re actually hopping on a plane and staying in a hotel to see each other intermittently throughout the year. That’s something that we really didn’t have before and we’re looking forward to as an opportunity.

Why is citizenM not only opening one, but two, hotels in Miami this December?

We’re strong believers in benefiting from economies of scale in cities.

We try to [buy] sites that enable us to have mid-sized range hotels. So, not overly huge convention hotels or bitesize 56-room hotels, but something in the middle that allows us to cover the different pockets [and] submarkets of a city.

We think that our Brickell and Worldcenter locations allow us to cover some overlapping, but largely unique sets, of guests.

Most travel behavior, at least for business, happens within the immediate macro-area. If you’re working for a law office or a financial services firm in the Brickell area, you’re immediately going to [stay] within a few blocks. If you’re in town for something that’s happening at American Airlines Arena or doing business somewhere near the Brightline Station, Worldcenter is going to be your first choice.

I think there may be little overlap with the leisure customer, but we do believe that there is a weird demarcation line once you cross that river.

So you’re opening a hotel in Miami Worldcenter, a 27-acre megadevelopment that will hold about a dozen towers. But much of it remains in development. Are you nervous about opening up at a construction site?

Ideally, it would be much more activated when we’re open. But it is what it is.

A lot of our locations are part of either part of large master plans or neighborhood rezonings. New York is basically a construction site.