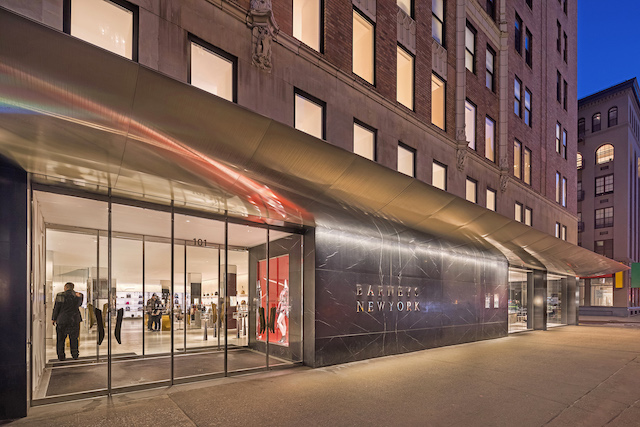 From Prada to pirate costumes.

Seventh Avenue had long been home to Barneys, which first debuted at a different location on the block in 1923 and remained there until the ’90s. Barneys returned to the area in 2016, when it opened its 101 Seventh outpost.

However, facing a struggling retail climate and a huge rent hike from Ashkenazy Acquisition Corporation at its 660 Madison Avenue flagship, Barneys filed for bankruptcy in 2019. It was eventually sold to Authentic Brands and B. Riley for $271 million, closing all of its locations in 2020.

Barneys’ vacant 101 Seventh office and retail condo, which sits at the base of a 19-story building, went up for sale last year with the owners looking to fetch between $40 to $50 million, as Commercial Observer previously reported.

But, even though its Seventh Avenue outpost is now a bit spookier, Barneys isn’t fully in the grave. It plans to return to Manhattan sometime this year; this time, inside a Saks Fifth Avenue location.