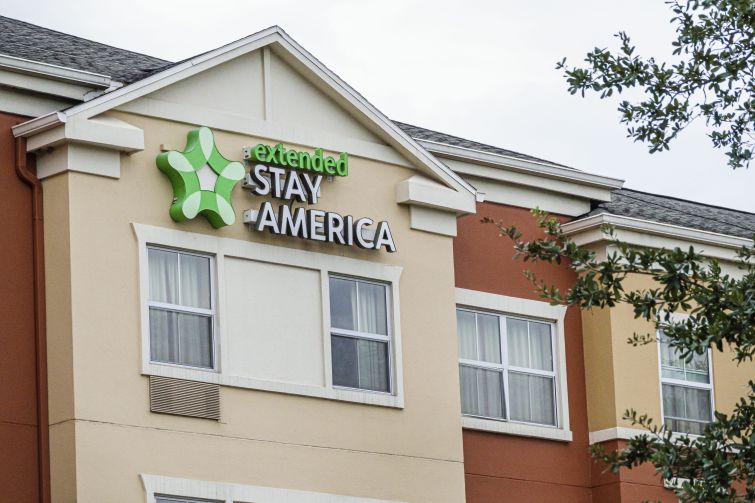 JPMorgan Chase, Citi and Deutsche Bank have come together to originate one of the largest single-asset, single-borrower, commercial mortgage-backed securities (CMBS) loans of the last decade — on a massive hotel portfolio, no less.

Blackstone Real Estate Partners and Barry Sternlicht’s Starwood Capital Group finally got their roughly $6 billion purchase of Extended Stay America across the finish line last week, financing most of the acquisition of the brand and its 560-hotel portfolio with $4.65 billion in CMBS debt that will soon hit the market, according to a Fitch Ratings analysis of the deal.

This will be the largest single-borrower, CMBS financing to be issued since Blackstone Group secured $5.6 billion in debt in 2019 to finance a portion of the massive pool of logistics and light industrial assets that it acquired from global investment manager and logistics and infrastructure investor, GLP, for $18.7 billion.

Blackstone and Starwood teamed up to contribute about $1.64 billion in equity toward their $5.94 billion acquisition of Extended Stay, which amounts to nearly 27 percent of the total cost of the transaction — $6.2 billion. On June 11, the joint venture buyers got the go ahead from Extended Stay’s shareholders on its $20.50 per share bid to acquire the business, which sports 62,257 keys throughout 40 states, according to Fitch. Blackstone and Starwood were forced to boost their offer for the business following some slight pushback.

The debt and equity went toward the purchase of the company, and it paid $296 million in closing costs and funded $54 million of working capital, per Fitch. The debt financing is slated to be securitized as part of the ESA 2021-ESH deal, and it is expected to officially close on July 8.

Key factors that pencil out the sale, and its financing, of the company to the Blackstone and Starwood joint venture — a pair that had been exploring a purchase of Extended Stay America for some time now — were the sheer size and scale of the buyers and the fact that Blackstone had once been a part of the ownership of Extended Stay, according to Fitch. Blackstone had previously owned a portion of the business from 2004 to 2007, and also from 2010 to 2013.

What makes the portfolio particularly attractive is the resilience shown by extended stay hotels, in general, during the coronavirus pandemic. The Extended Stay America portfolio, itself, outperformed the broader hotel sector by a country mile.

This acquisition can serve as a sign of Blackstone’s strategic reengagement with the hospitality sector. Leading up to the pandemic, Blackstone had whittled down its lodging exposure to around 10 percent of its real estate portfolio (valued at around $340 billion) in favor of focusing more on logistics, residential, life sciences and film studio assets — a move that proved to be very astute in the pandemic era.