The group picked up the hotel’s leasehold interest at a nearly $71 million discount. 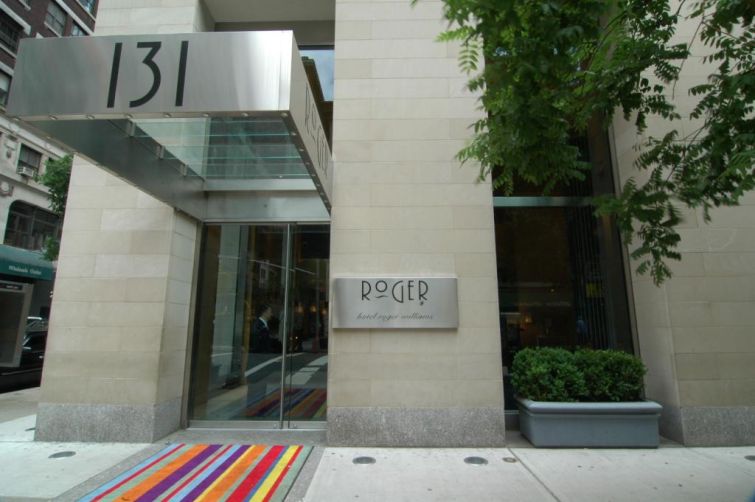 Electra America Hospitality Group has snapped up The Roger New York hotel in Midtown for $19 million, Commercial Observer has learned.

The company — a joint-venture between Florida-based Electra America and AKA Hotel Residences — closed on the sale of the leasehold interest of the 193-room hotel at 131 Madison Avenue from Pebblebrook Hotel Trust on Tuesday, sources said. Electra was able to nab the hotel at a nearly $71 million discount from when it last traded hands in 2010.

Pebblebrook announced the sale on June 11 — but didn’t name the buyer — and said the proceeds will be used for “general business purposes, which may include reducing the Company’s outstanding debt and/or acquiring and investing in hotel properties.”

Eastdil and Maxim officials declined to comment. A representative from Electra did not immediately respond to a request for comment.

LaSalle Hotel Properties bought the hotel’s leasehold interest for $90 million in 2010, and it transferred ownership to Pebblebrook in 2018 when the real estate investment trust bought LaSalle for $5.2 billion.

The ground lease, which is owned by Madison Baptist Church, has nearly 23 years left on its term, according to the Pebblebrook announcement. Previously known as the Roger Williams Hotel, the asset was named after the Rhode Island colonial leader who founded the first Baptist church in the U.S.

The Roger Hotel deal marks one of the first acquisitions for the joint-venture between Electra and AKA, which launched a $500 million investment fund in February to pick up distressed hotels around the country.

While the boutique hotel is currently closed for renovations, it will reopen its doors in spring 2022, per its website.

Mack Real Estate Group took control of a seven-property Manhattan hotel portfolio in May after it foreclosed on its owners; AllianceBernstein transferred the ground lease for the Financial District’s Motel Hotel to its lender Tribeca Associates in May; and Katara Hospitality nabbed the ground lease for the Dream Downtown hotel after the owner defaulted on its $80 million loan.

The tourism industry has slowly started to bounce back, but the city’s hotels aren’t expected to hit normal occupancy rates until 2025. And the New York Legislature recently passed a bill to allow the state to purchase and convert the growing number of hotels into permanent affordable housing.

That hasn’t stopped some from getting into the city’s hospitality market during the pandemic. In April, Jeff Sutton’s Wharton Properties filed plans to turn its two-story retail building at 25 West 34th Street into a 363-room hotel.