Tenants, Landlords Discuss How to Draw Workers Back Into Offices: CO Forum 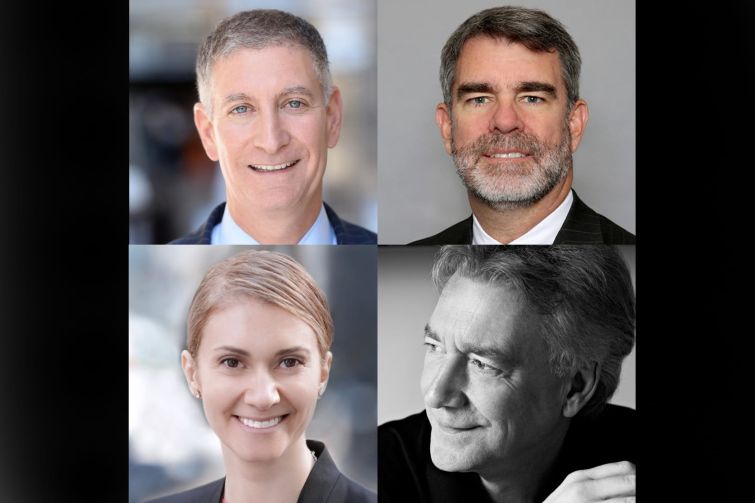 Silverstein Properties CEO Marty Burger opened the discussion, saying Silverstein mandated for employees to come back to the office last September to serve as an example for other tenants, and has had no COVID-19 cases in its executive team.

Jeffrey Beers, founder and CEO of Jeffrey Beers International, said that everyone in his office was eager to get back into a normal working routine, and that he anticipated employees would work from home at least one day a week going forward. Lisa Bevacqua, Silverstein’s executive vice president and director of asset management, said she hopes for a return to normal for Silverstein’s tenants.

“I think everyone in our office, [and] I especially, miss the creative collaborative energy of a design firm and how we work together,” said Beers. “Mentoring is probably the most important thing. I grew up in this industry. I’ve learned so much having mentors.”

Burger expected some people to come back based on their role and preference, but agreed that virtual work was no substitute for in-person connections.

“You have [to think about] the mentoring of the young executives and the younger staff,” Burger said. “You want to take someone out for a drink after [work] and get to know them? You just can’t do that remotely.”

Beers praised Silverstein’s approach to the pandemic, saying that his company feels safe at their office property. Aside from the safety precautions, Silverstein has put together an expanded app-based hospitality platform to entice workers back to the office, Bevacqua said.

Silverstein’s app, INSPIRE, allows tenants to work in different buildings within the Silverstein portfolio, and Bevacqua hopes it will entice and excite workers about returning to the office.

“We are going to be offering our customers the flexibility to basically choose the work environment that is going to best suit their needs on any given day.” Bevacqua said. “They could go to their office building and work in their more traditional office, they could come down to the amenities space … or they could use some of the flex space that we have in our building. …What we’re going to be doing is expanding our offering to include all of the properties within our portfolio.”

The app also allows users to check the air quality of their building, register for events, watch meditation classes or cooking lessons, and reserve amenity or flexible office spaces. Bevacqua was working toward the app having an access function to swipe into buildings.

Burger expanded on that, saying that being more flexible with office space and leasing can give companies the leeway they need to expand or contract as needed, and provide a better customer service experience. Tod Rittenhouse, managing partner at Thornton Tomasetti, agreed that amenities were key in drawing workers back to the office, and much preferable to strictly mandating a return.

“These amenities are very helpful in the pull,” said Rittenhouse. “We want them to want to come in.”

One of the draws for getting tenants to return is food, said Beers, and he expects restaurants and other eateries to grow. Rittenhouse said outdoor dining might prove an enduring benefit of the pandemic, and hoped that the city would allow it to continue. Bevacqua said tenants at all Silverstein properties can order food through the company’s app.

No panelist spent tears mourning amenities like the salad bar, which was naturally scrapped due to the COVID-19 pandemic. Beers also predicted that business centers might go away, and Bevacqua added that her focus, going forward, was on multi-purpose amenities and spaces that can adapt as tenants’ needs change.

Burger and Bevacqua both hoped tenants would be excited to come back to work, thanks to Silverstein’s new amenities, and the company is betting on a return to office life.

Silverstein purchased the U.S. Bank Tower in Los Angeles for $430 million — or $300 per square foot — with the hopes of leasing the rest of the around 70 percent occupied building. Jeffrey Beers International is bringing three eateries into both levels of the tower’s lobby, including a juice bar, traditional bar, quick bite and sushi place.

Burger also discussed the planned residential tower at 5 World Trade Center — a 1.6 million-square-foot project — and said that Silverstein had no plans to change its pricing due to the pandemic, as he expects the project to only be completed in four to five years.

Silverstein is also venturing into life sciences, after buying 1619 West 54th Street from Taconic Partners three years ago, renaming it as the Hudson Research Campus and converting it into wet lab space. The company has other projects in the works, and will break ground on a 260,000 square foot building in Philadelphia on May 13.