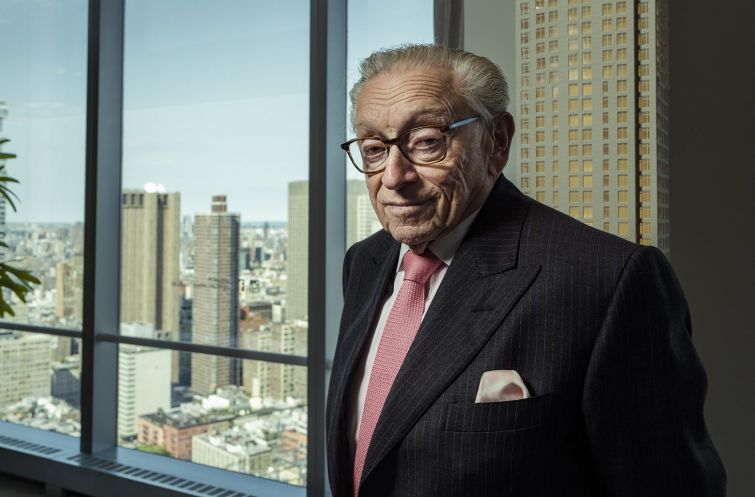 The Port Authority of New York and New Jersey voted unanimously at its board meeting on Thursday afternoon to select the developers’ bid to build a 900-foot, mainly residential tower at 5 World Trade Center, and to enter into a 99-year ground lease with them.

Silverstein, Brookfield, Omni and Dabar won out over four other bidders to develop the site. The tower, which will be designed by Kohn Pedersen Fox, calls for 1,325 rental units spread over 1.2 million square feet, with 25 percent of the units set aside for affordable housing.

The 330 affordable apartments will be offered to households earning less than 50 percent of the area’s median income, which was $51,200 for a family of three in 2020, according to the proposal.

The massive 5 WTC plot formerly housed the Deutsche Bank Building, which was heavily damaged in the September 11 attacks and was torn down in 2007.

Silverstein and Brookfield’s proposal would require a modification to the site’s General Project Plan (GPP) to allow for residential development, which is expected to take a year to complete, according to the Port Authority. Construction is expected to start in 2023 and be completed in 2028.

While the Port Authority’s board unanimously selected the plan, Todd Fine, founder of the Washington Street Historical Society, slammed the proposal in video testimony during the meeting and said the community didn’t have enough time to hear about the development before the vote.

“The public should not allow the disposal of the last WTC lot, according to the original RFP criteria, since the needs of the city have changed significantly after COVID-19,” Fine said in his testimony. “To build a luxury residential tower at 5 WTC represents a betrayal of the core principles proposed at the start of the post-Sept. 11 reconstruction.”

Rick Cotton, executive director of the Port Authority, said that all of the bidders were allowed to modify their bids in the wake of the coronavirus pandemic but “stayed with their pre-COVID bids.”

Silverstein oversees much of the WTC site via a master lease from the Port Authority and developed and owns 7 WTC, 3 WTC and 4 WTC. Brookfield manages the huge commercial development and mall next door, known as Brookfield Place.

Durst co-built and manages the 104-story One World Trade Center, where media giant Condé Nast has been withholding $2.4 million in rent as it tries to shrink its square footage in the building.

The 5 WTC land is owned by the Lower Manhattan Development Corporation, who reached an agreement with the Port Authority to hand over the site in exchange for a performing arts center being built next to One World Trade Center.