CBRE Global Investors provided the financing for the 122-unit project 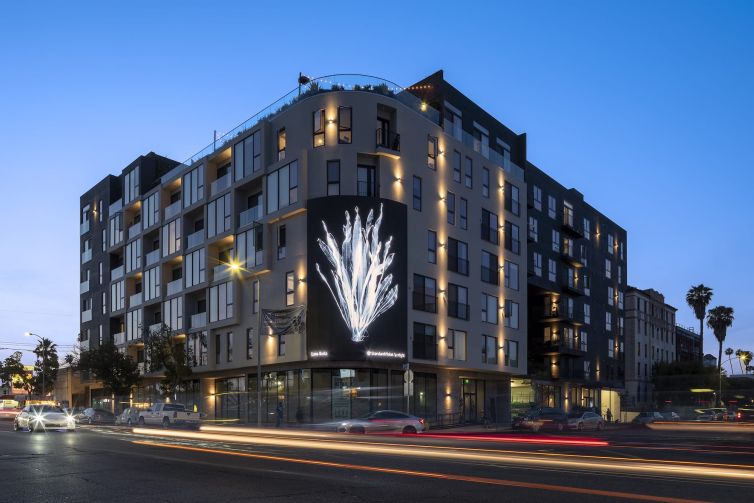 A fund sponsored by CBRE Global Investors provided the financing and announced that the mortgage closed, but declined to share the name of the borrower. The floating-rate loan has an initial term of three years and can be extended up to two additional years.

The seven-story building named Mariposa on 3rd includes 122 units at 269 South Mariposa Avenue, and features a fitness center, a rooftop terrace, clubhouse, and ground-floor retail space. It’s located near the intersection of Third Street and Normandie Avenue, about three miles from Downtown L.A.

The multifamily market is treading the pandemic impacts, as the average rent dropped 5.5 percent since a year ago. But according to the Allen Matkins/UCLA Anderson commercial real estate forecast survey released earlier this year, multifamily development in California is expected to grow as the economy rebounds.

Koreatown — which is both the largest Korean enclave in the country, and has also become a magnet for an influx of new residents — hopes to continue what was a rapid construction boom since coming out of the Great Recession. It’s the most densely populated district in L.A. County with dozens of multifamily conversions, a heavy share of rent-controlled units, and consistent restaurant and retail growth prior to the pandemic.

CGI has been active in Koreatown in the past. The firm sold a 60-unit building called The Kodo for $29.25 million to Alhambra Place Partnership in 2019.

Last summer, Omninet Capital acquired a multifamily development for $32.4 million from the submarket’s most prominent development firm, Jamison Properties. Jamison managed a large office portfolio in Koreatown for years before starting to convert much of that space into multifamily properties, and leading the development boom in the neighborhood. The company has approximately 2,400 apartments under construction and another 2,000 units in the pipeline.

During the height of the winter surge in coronavirus cases, a prominent shopping center in Koreatown also traded hands. Jake Sharp Capital acquired the 80,000-square-foot California Market for $57.5 million.